Which pitcher saved his lunch money as a kid to buy shoes and now owns 500 pairs? Whose head is so giant his helmet could fit a six-pack of beer — with ice? And whose memorable ceremonial first pitch split his catcher’s pants?

As the 2010s come to a close, Tim Kurkjian shares some behind-the-scenes stories of characters and moments that helped, in their way, to define the decade in baseball.

‘Is that the thesis you stole from me?’

A National Leaguer played a game in 17 ballparks in 2010, noticed the retired numbers in each, and eventually asked a teammate, “How many teams did Jackie Robinson play for?” That was the dumbest, or at least the most confused, player of the decade.

The smartest player of the decade was pitcher Ross Ohlendorf. He played for several big league teams. He went to Princeton, as did fellow pitcher Chris Young, who is also brilliant beyond words. “Oh,” Young said when asked, “he is way smarter than I am. He is on a different level.” 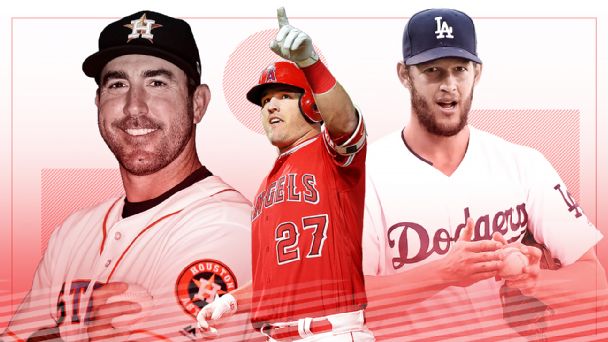 Who made our squad of baseball’s best from 2010 to 2019? David Schoenfield

• Doolittle & Miller: Our MLB end-of-decade awards
• Kurkjian: 10 tales of the…