Two years ago today, a struggling San Diego club doled out what was then the largest contract in franchise history. The Padres added free-agent first baseman Eric Hosmer on an eight-year, $144MM deal, no doubt hoping he’d help legitimize a team that was then stuck in an 11-year playoff drought. That skid has continued since the Padres picked up Hosmer, however. 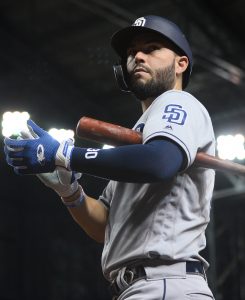 The Royals made Hosmer the third overall pick in 2008, and he remained among the game’s most prized prospects during his time in their farm system. Hosmer further upped his stock with a quality rookie season in the majors in 2011, the beginning of an up-and-down career. He wound up turning in two sub-replacement-level seasons as a Royal, yet the highs were high when they came. Hosmer took home four Gold Gloves in KC, earned an All-Star nod in 2016 and was an important part of the franchise’s first World Series-winning season (2015) since 1985.

The Royals’ descent in the standings began in 2016, the year after their…

Read “This Date In Transactions History: Hoz To Pads” at MLB Trade Rumors