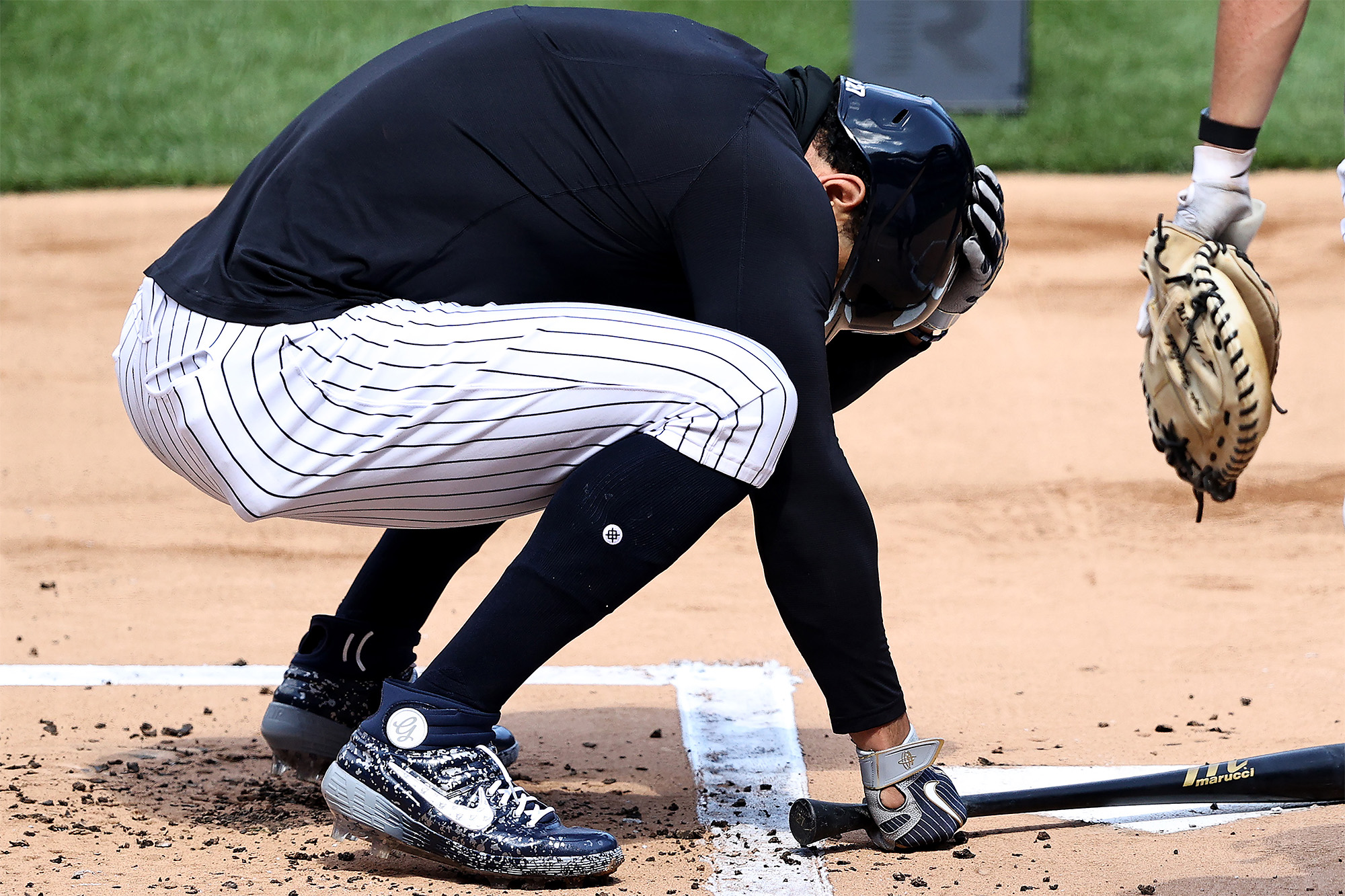 A batted ball clocked at 112 mph and racing for a pitcher’s head obviously isn’t moving in slow motion.

Yet, that is the way Giancarlo Stanton viewed his scorching line drive that hit Masahiro Tanaka on the right side of the head during a simulated game Saturday at Yankee Stadium.

“As fast as it happens it is more slow-mo,’’ Stanton said Monday on a Zoom call from Yankee Stadium ahead of the club’s first intrasquad game in which Stanton was a DH for the Yankees team against the Bombers. “For me, you see it in slow-mo and you want that ball to keep veering off and it didn’t, kind of like when I got hit. Everything is kind of like slow-mo; look how fast it happened later. At the end of the day I was glad he was awake, functioning and responsive.’’

Tanaka was placed in concussion protocol and Aaron Boone reported Monday that the right-hander exercised at the Stadium and did well.

Stanton, then with the Marlins, was hit in the face by a pitch from Milwaukee’s Mike Fiers on Sept. 11, 2014 and suffered small fractures, dental damage and lacerations which forced him to miss the final 17 games of the season.

“That was a scary moment for me, terrible…