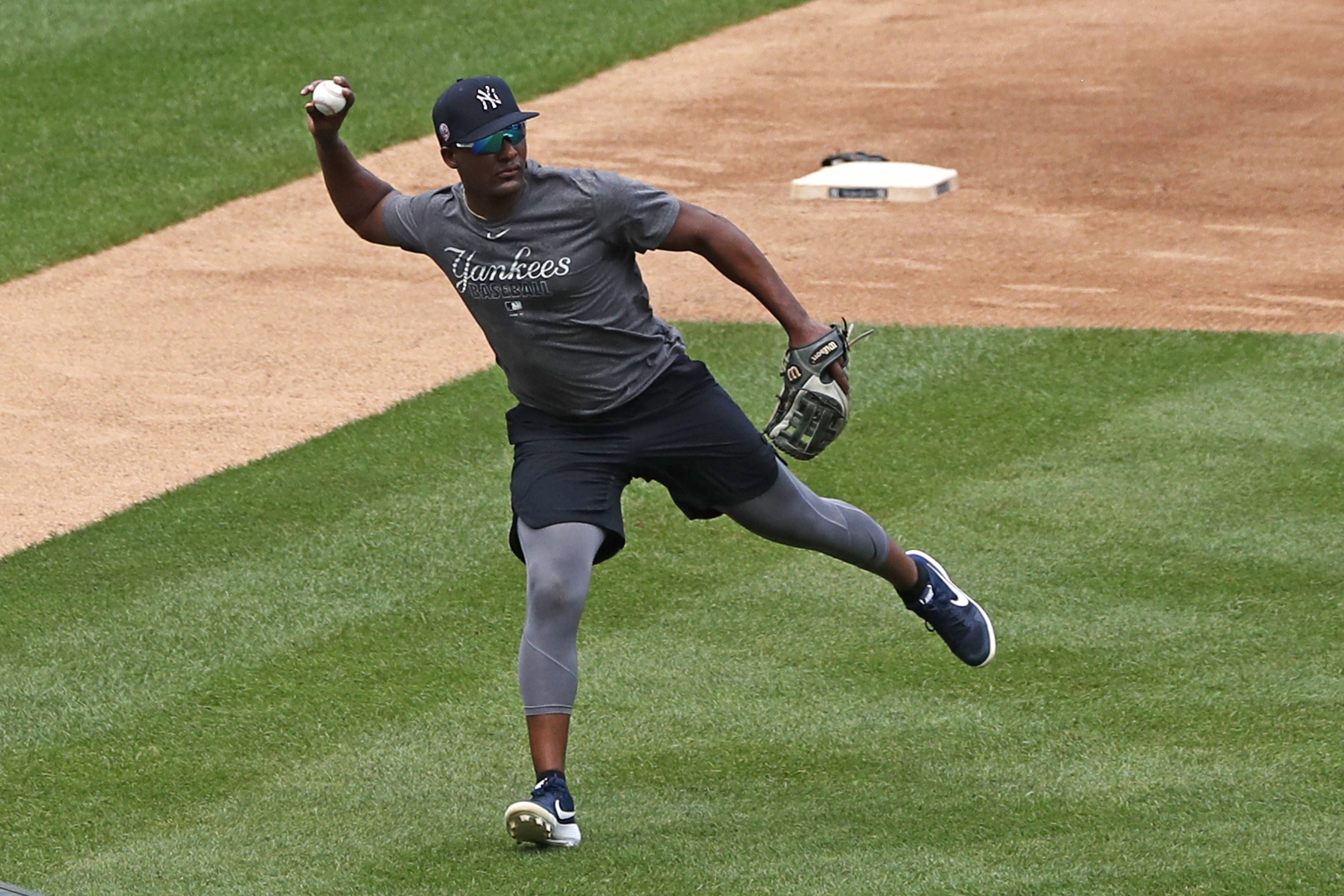 The Yankees hope Miguel Andujar develops into a versatile player who can fill a role that has become very popular among big-league teams.

However, don’t forget that Andujar started 132 games at third base in 2018 when he finished second in the AL Rookie of the Year race to the Angels’ Shohei Ohtani, who turns 26 on Sunday. Yes, there were questions defensively thanks to 15 errors and balls he didn’t get to, but Andujar hit .297 with 27 homers, 92 RBIs and posted a .855 OPS.

Andujar appeared in just 12 games last season due to a right shoulder injury that required season-ending surgery on May 20 and that opened the door for Gio Urshela, who posted career-highs at the plate and provided Gold Glove-caliber defense.

The combination of a 30-man roster for the opening two weeks of a 60-game schedule and the lack of many exhibition games during spring training 2.0 could lead to more action at third base for Andujar than might have been the case in March.

While Andujar showed Aaron Boone enough in limited outfield innings during the first spring training for the manager to believe the 25-year-old could contribute in left and right, third base remains an option because if…