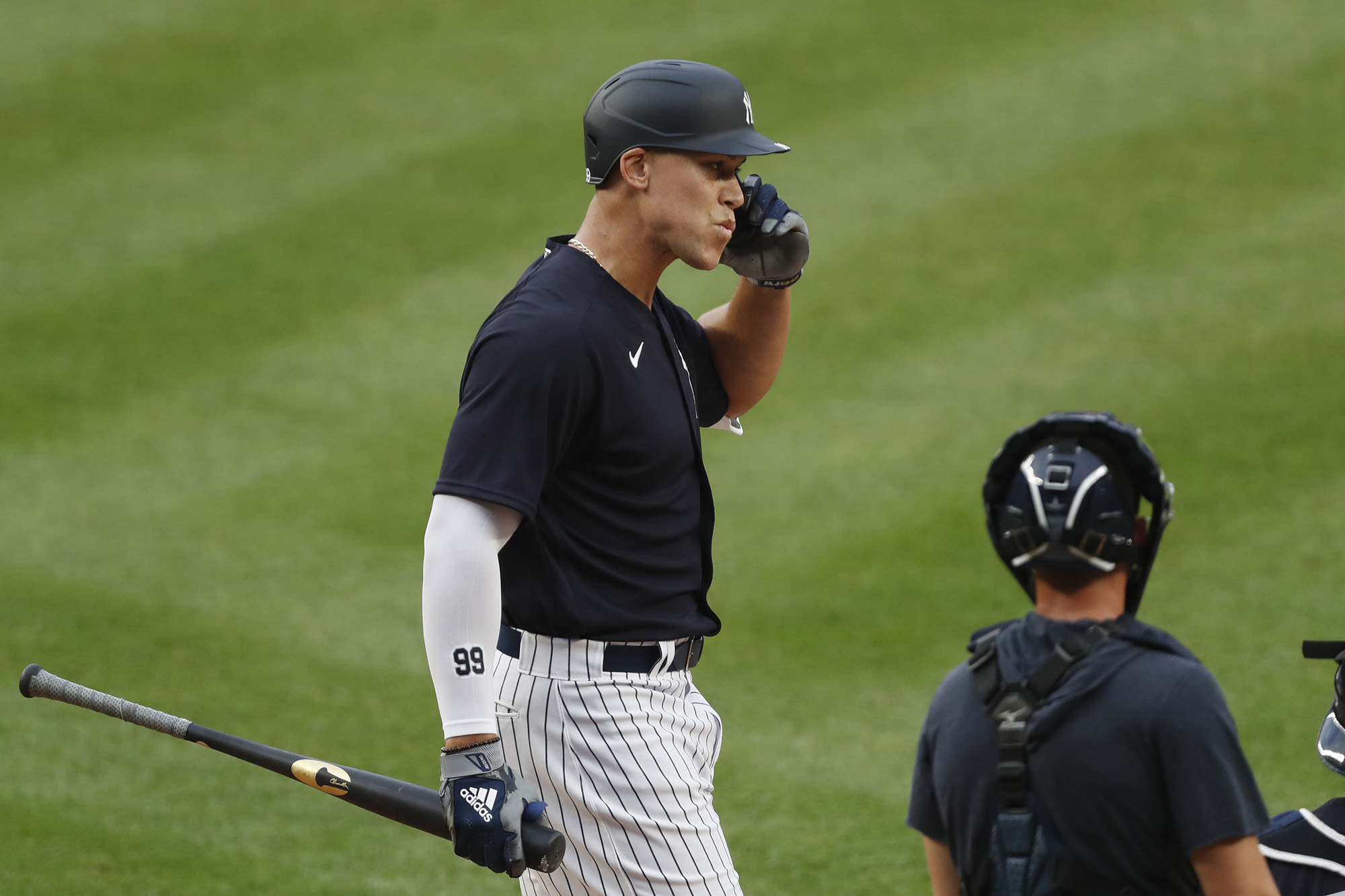 Aaron Judge believes the fractured top right rib that didn’t allow him to get into a spring training game in February and March is in the past.

Following the Yankees’ first intrasquad game Monday night at Yankee Stadium in which Judge started in right field for the Yankees’ squad against the Bombers, the face of the franchise left little doubt where he is physically.

“I am game ready,’’ Judge said. “The biggest thing now is just getting the reps in. For me right now it’s getting my timing back in the game, getting my game reps so I can go out there for 60 games.’’

With a late-afternoon thunder shower leaving center and left field damp but right field dry enough, Judge played a few innings there which was a strong sign the rib is no longer an issue.

“It has been a couple of weeks, a month or so that I have been able to swing. We were getting our work in down in Tampa, going into the facility, getting in the cages and getting on the field every once in a while,’’ Judge said. “It feels good to be back on the field. I kept trying to push them on the regimen of what we can do because my body was feeling great. I know we had a limited time to get…