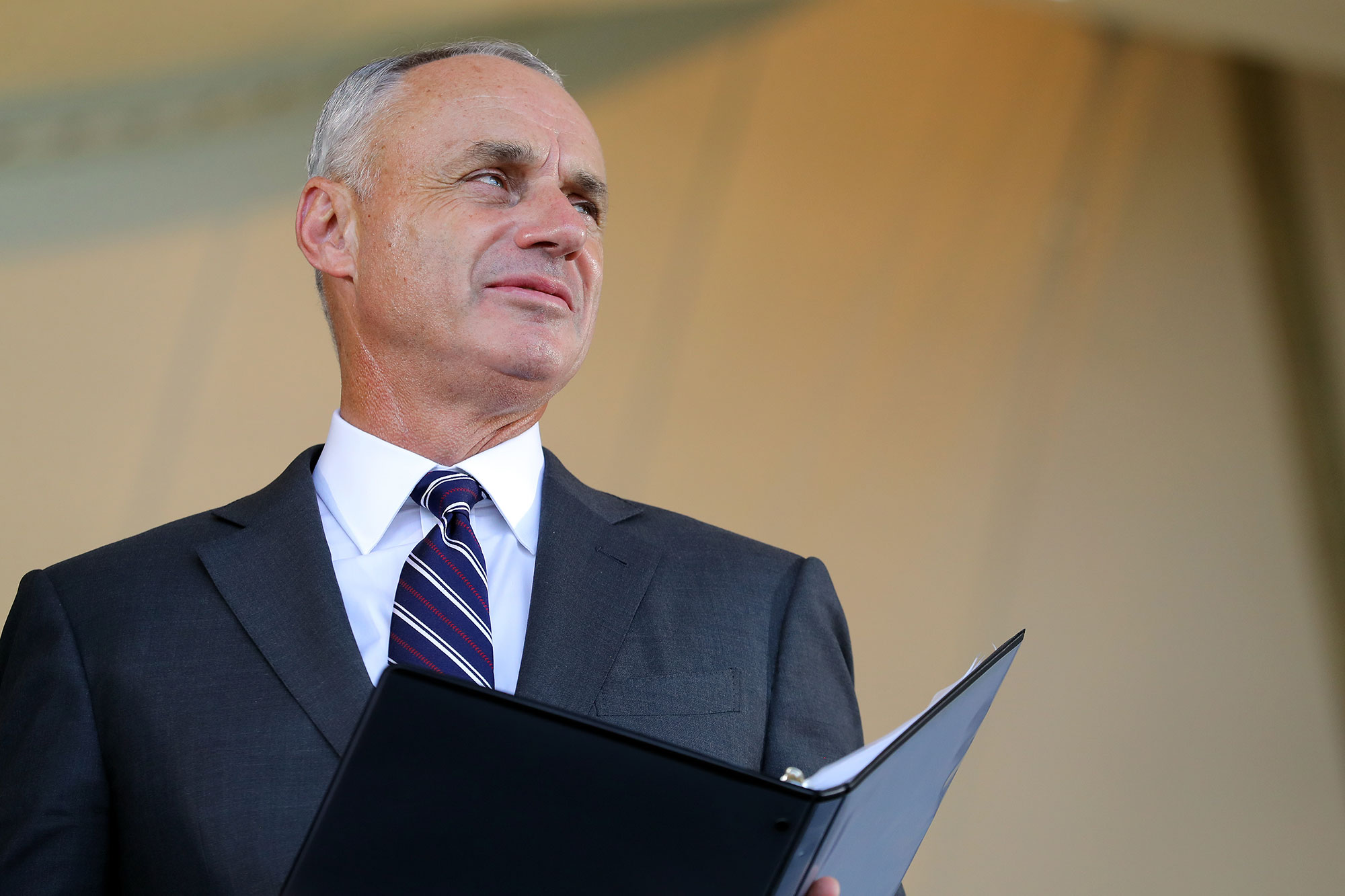 The nightmare is in sight.

Just four days after Rob Manfred declared that the Miami Marlins’ COVID-19 outbreak was not a “nightmare” situation, the MLB commissioner reportedly told MLB Players Association executive director Tony Clark that the league could shut down play if the sport doesn’t slow the spread of the coronavirus.

Following the postponement of the game between the Cardinals — who had two players test positive — and Brewers, a total of six teams (including the Phillies, Nationals, Blue Jays) will be kept off the field on Friday. The Marlins, who have had 18 players test positive, are in the midst of a week-long pause of their season.

According to ESPN, local governments have informed MLB of concern that health and safety protocols have not been followed strictly enough by players, who have been seen without masks, spitting and making physical contact unrelated to in-game action. A high-ranking official also told ESPN that players aren’t abiding by the rules off the field, either.

“There are some bad decisions being made,” the official said.