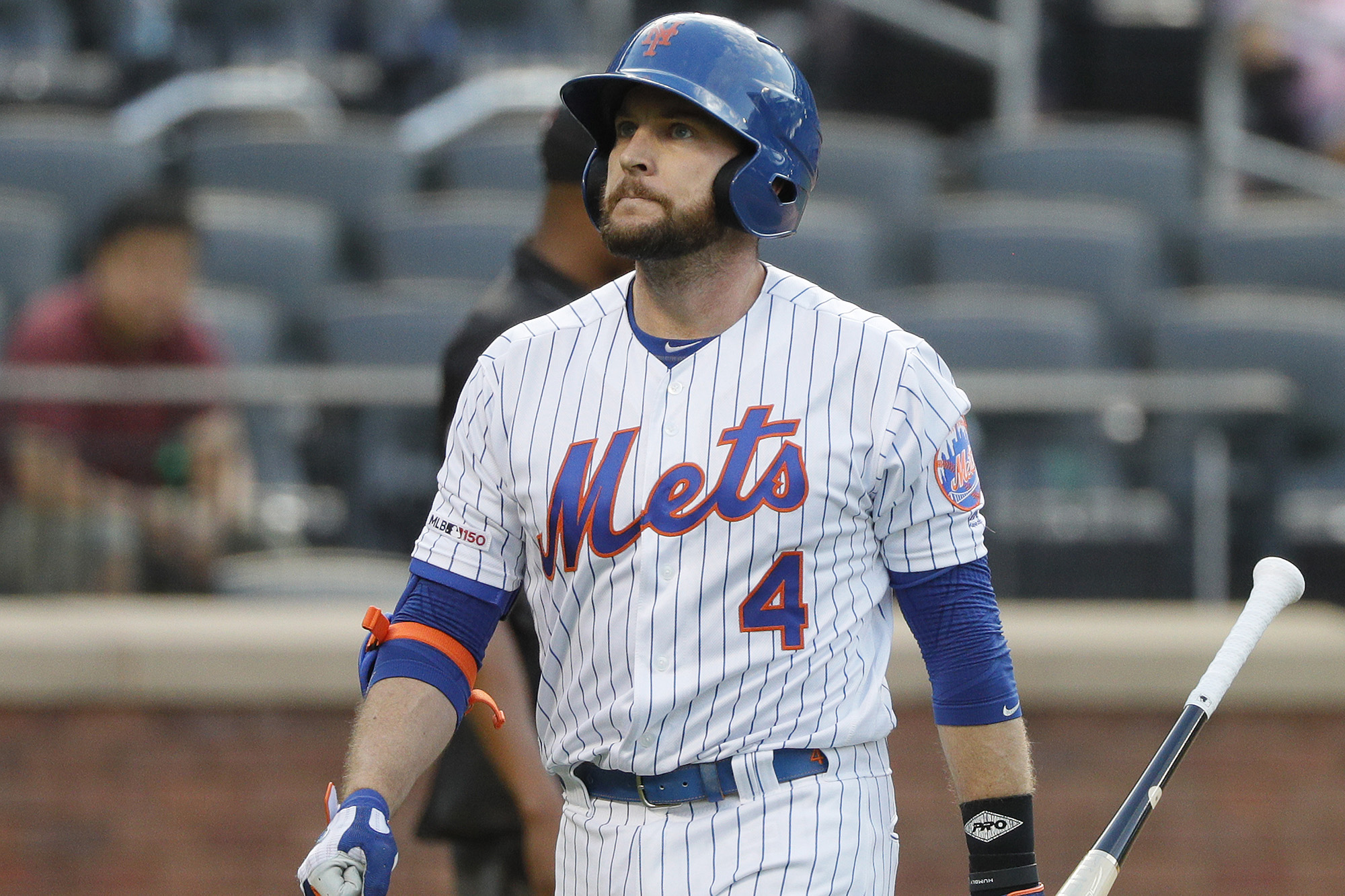 This didn’t finish Jed Lowrie’s Mets career. But it certainly makes it seem like his time with the Mets will entail seven at-bats and two years almost entirely spent on the sideline.

To make room on the roster for activated pitcher Jared Hughes, the Mets placed Lowrie on the 45-day Injured List on Sunday. It’s retroactive to July 20, meaning he won’t be eligible to be activated until early September.

On Thursday, the Mets offered a prognosis of the oft-injured infielder: He has PCL laxity in his left knee. General manager Brodie Van Wagenen described the injury as looseness in the joint, causing destabilization. Van Wagenen wouldn’t rule out the possibility of surgery for the player who took just eight trips to the plate since signing a two-year, $20 million deal with the Mets before last year.