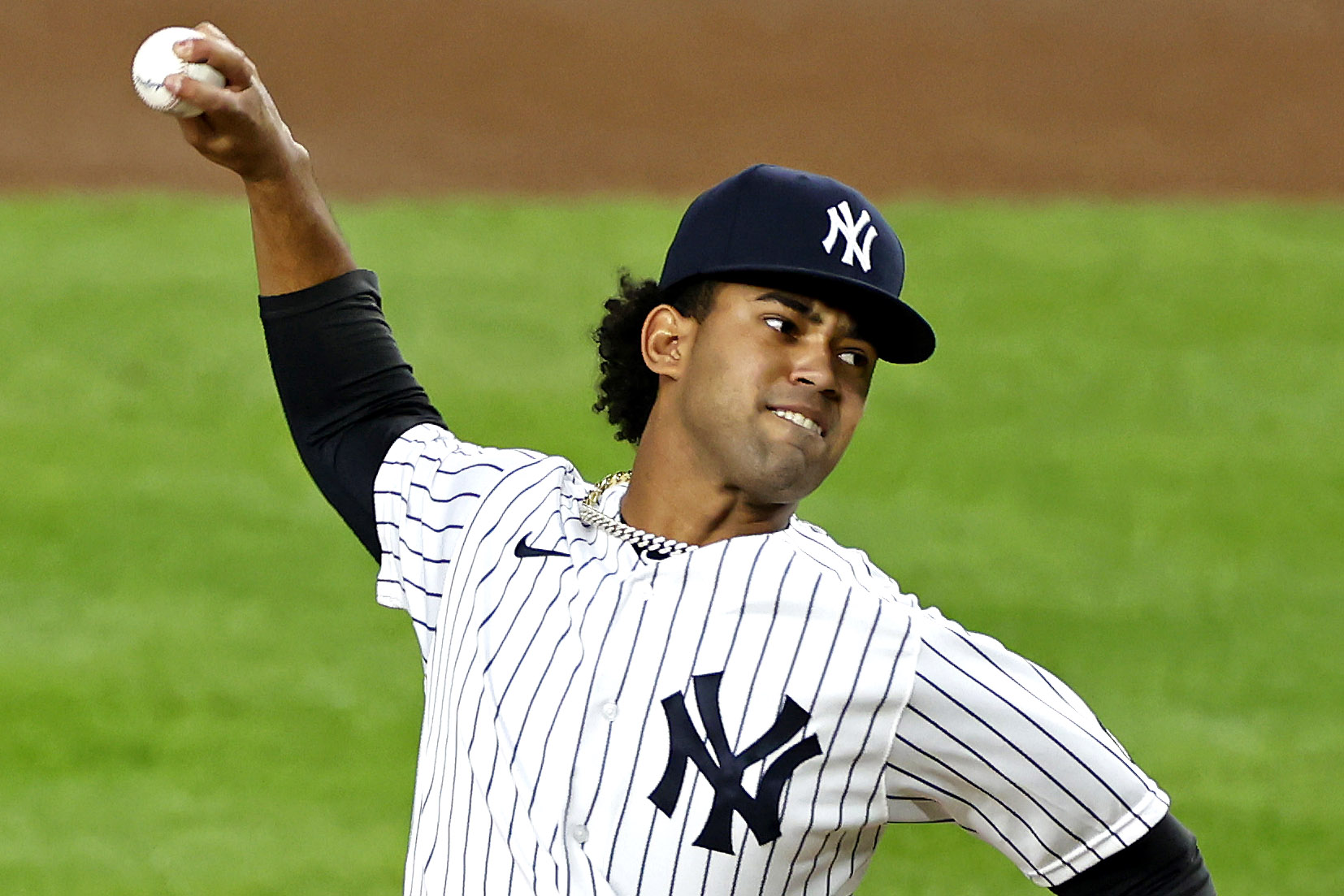 It’s only been four starts, but Deivi Garcia has made quite an impression on his Yankees teammates.

Gerrit Cole said of Garcia, “I really like what I see.”

And it’s easy to tell why. The 21-year-old won again in Tuesday’s romp over the Blue Jays thanks to an eruption from the offense — and seven more strong innings from the rookie right-hander.

In 24 ⅔ innings, Garcia has the lowest WHIP of any Yankee starter, 0.973. His 3.28 ERA is only a tick above that of Cole and Masahiro Tanaka. His strikeout/walk ratio is just behind Tanaka.

By those accounts, it’s possible Garcia could start a Game 3 for the Yankees in the playoffs — after Cole and Tanaka.

Cole was unsure how Garcia’s inexperience might impact him in a potential playoff start, but the Yankees’ ace has seen only good things from his new teammate.

“The aggressiveness, the command and the balance and repeatability of his delivery,” Cole said when asked what stood out about Garcia. “And he has an idea of what he wants to do and what he’s looking for. I think he’s advanced in all… of those categories.”

That continued Tuesday night, when Garcia…