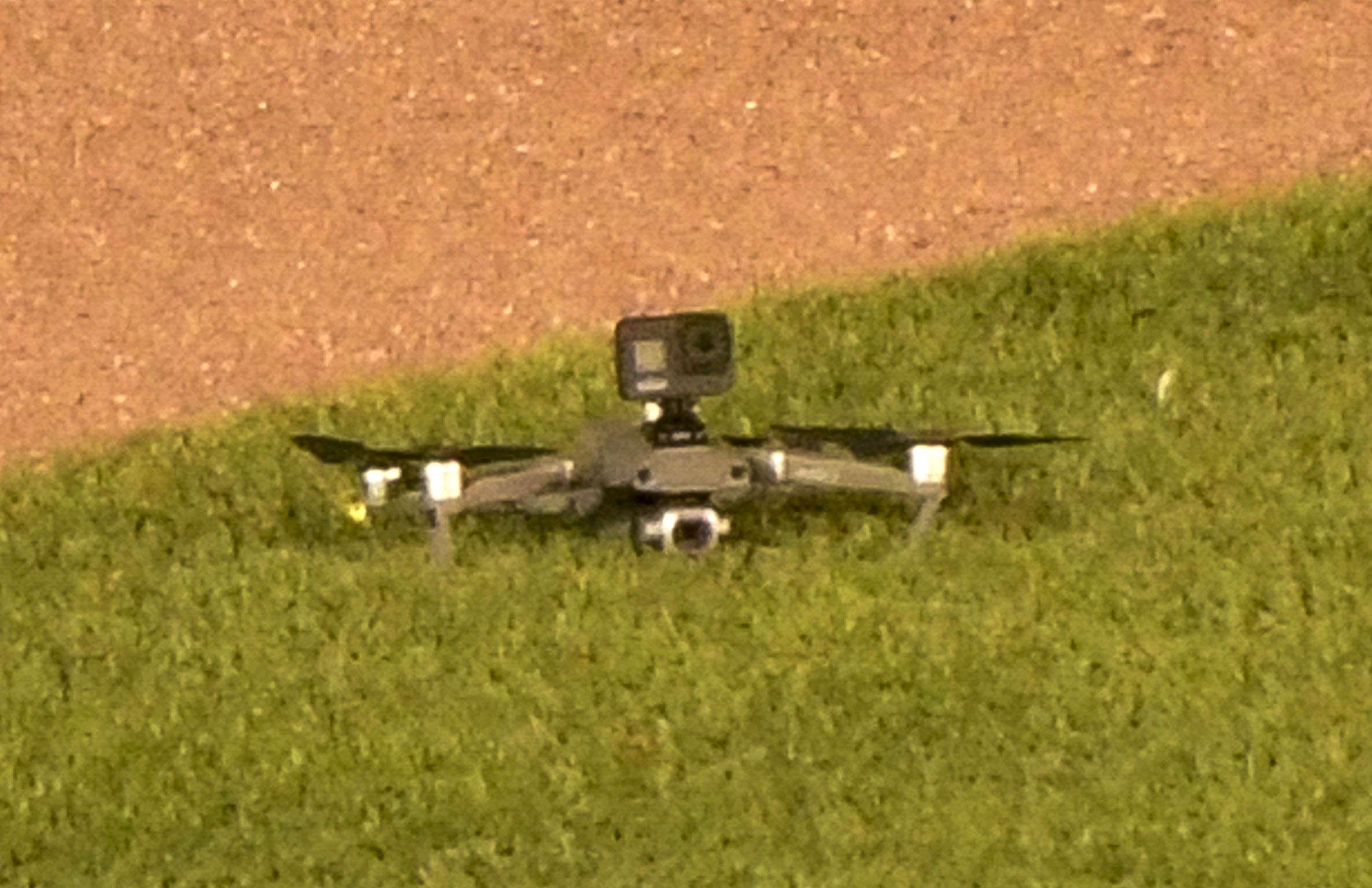 CHICAGO — Umpires hastily cleared the field during the Cubs-Indians game on Wednesday night at Wrigley Field when a small drone flew into the ballpark over the left-center bleachers and landed on the grass as Willson Contreras came to bat with with two outs in the bottom of the fifth.

After it landed, the blinking drone took off, hovered at about 100 feet, then pulled away and vanished into the night beyond the center-field scoreboard.

Following a seven-minute delay, Contreras resumed his at-bat and grounded out to Indians pitcher Aaron Civale.

“Just another thing thrown at you,” Civale said after the Cubs’ 3-2 win in 10 innings. “But it happened. You’ve just got to push through those things.”

“I saw it and it just kept getting closer,” he said. “You never know what’s the deal with a drone. We just stayed away from it.”

Báez’s RBI single in the 10th lifted the Cubs to their fourth straight win.