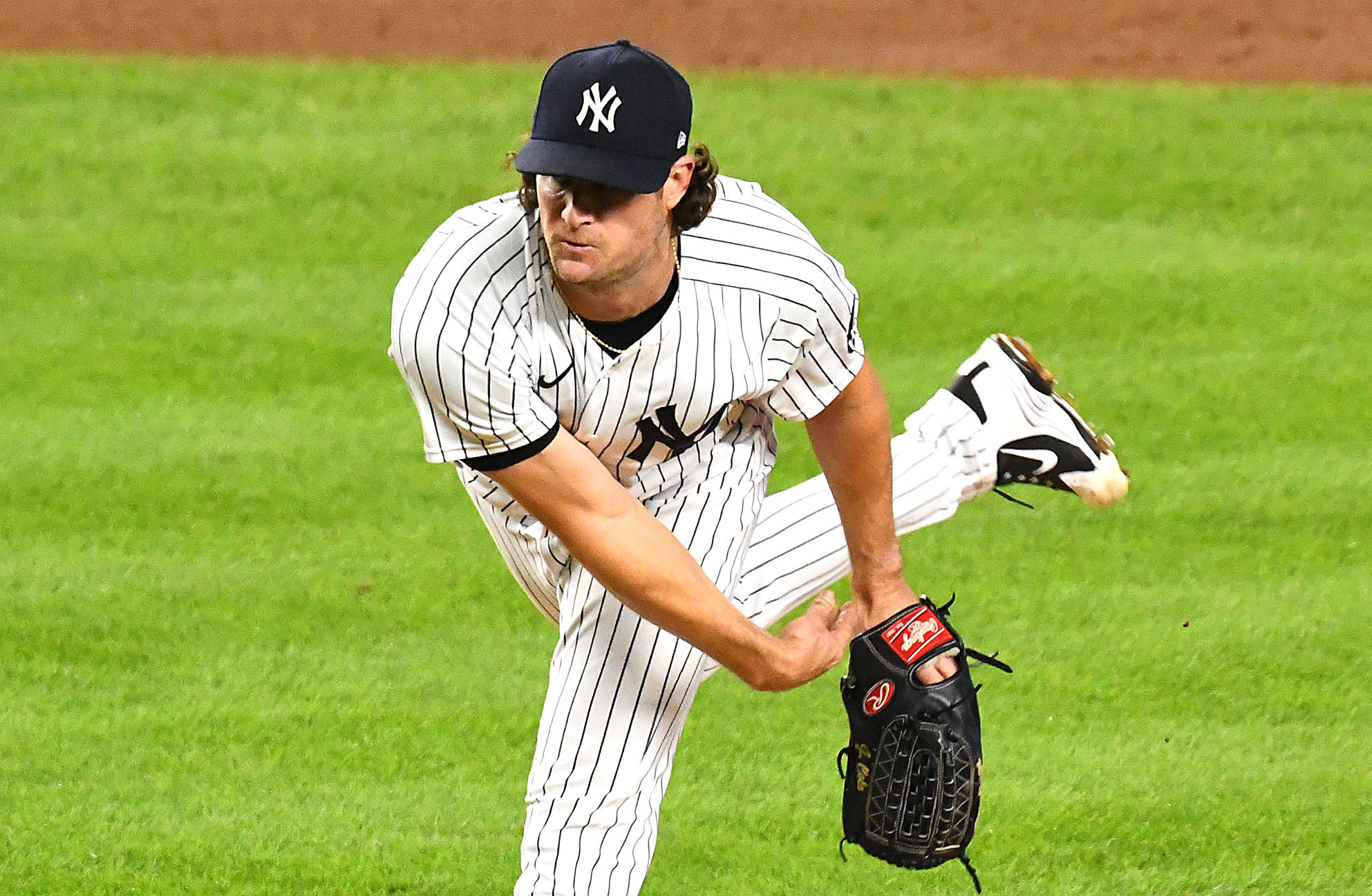 Gerrit Cole notched his 100th career win when he held the Blue Jays to a run and three hits in the Yankees’ 13-2 win over the Blue Jays on Wednesday night.

It was his third solid outing working with Kyle Higashioka behind the plate which may or may not lead Aaron Boone to pair the two Southern California summer teammates again. But to Cole, reaching the century mark in pinstripes was special.

“We will see,’’ Boone said when asked if he wanted to keep Wednesday night’s battery together as long as he could. “I really feel that Gerrit has developed a good relationship with Gary [Sanchez] and Higgy and I do like getting Higgy in there once or twice through a rotation, because they have had some success the last couple of times out and trying to get Gary going [at the plate] because I know what he can mean to us offensively so it gives me a chance to give him a DH day, especially as we work Giancarlo…