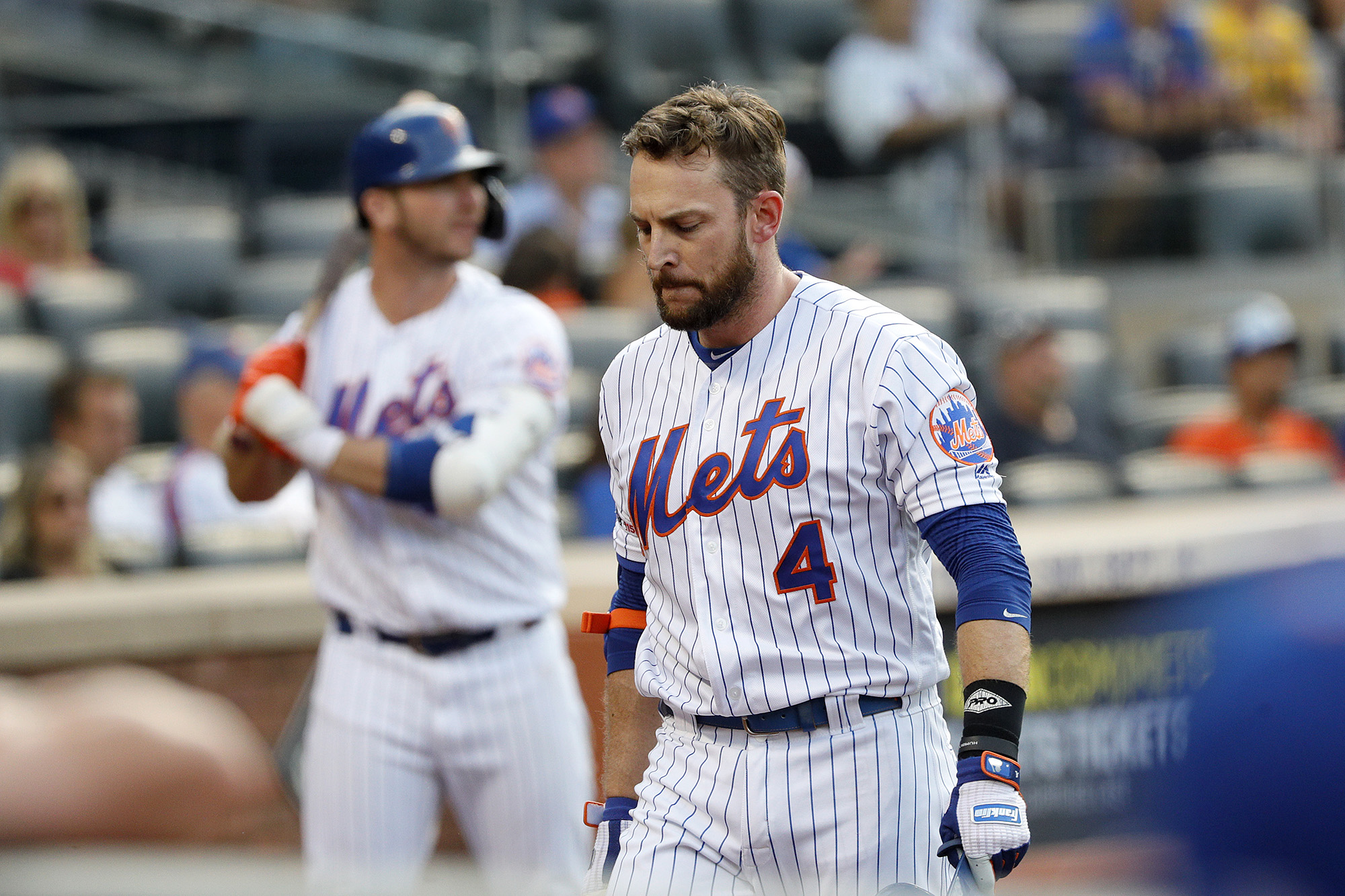 Barring a miraculous recovery, it appears that the Mets have seen the last of Jed Lowrie.

Asked for an update on the status of the oft-injured infielder on Wednesday, manager Luis Rojas said he has “no idea what his progression is,” a week after he offered a similar nonanswer.

A source confirmed that Lowrie is back home in Houston, since he can’t do baseball activities while receiving platelet-rich plasma injections in his injured left knee and seeing if they will provide relief.

On July 30, the Mets announced Lowrie was dealing with PCL laxity in his left knee, which general manager Brodie Van Wagenen described as looseness in the joint that causes destabilization. There has been nothing new from that point on, other than Rojas saying he was going to get injections and was week-to-week to see how his knee would respond.

“I don’t know right now what his activity is,” Rojas said before the Mets’ 5-4 comeback win over the Phillies.

Due to multiple injuries, the 26-year-old Lowrie has recorded just seven at-bats since signing a two-year, $20 million deal with the Mets before last season. And, in all likelihood, that is how his brief Mets…