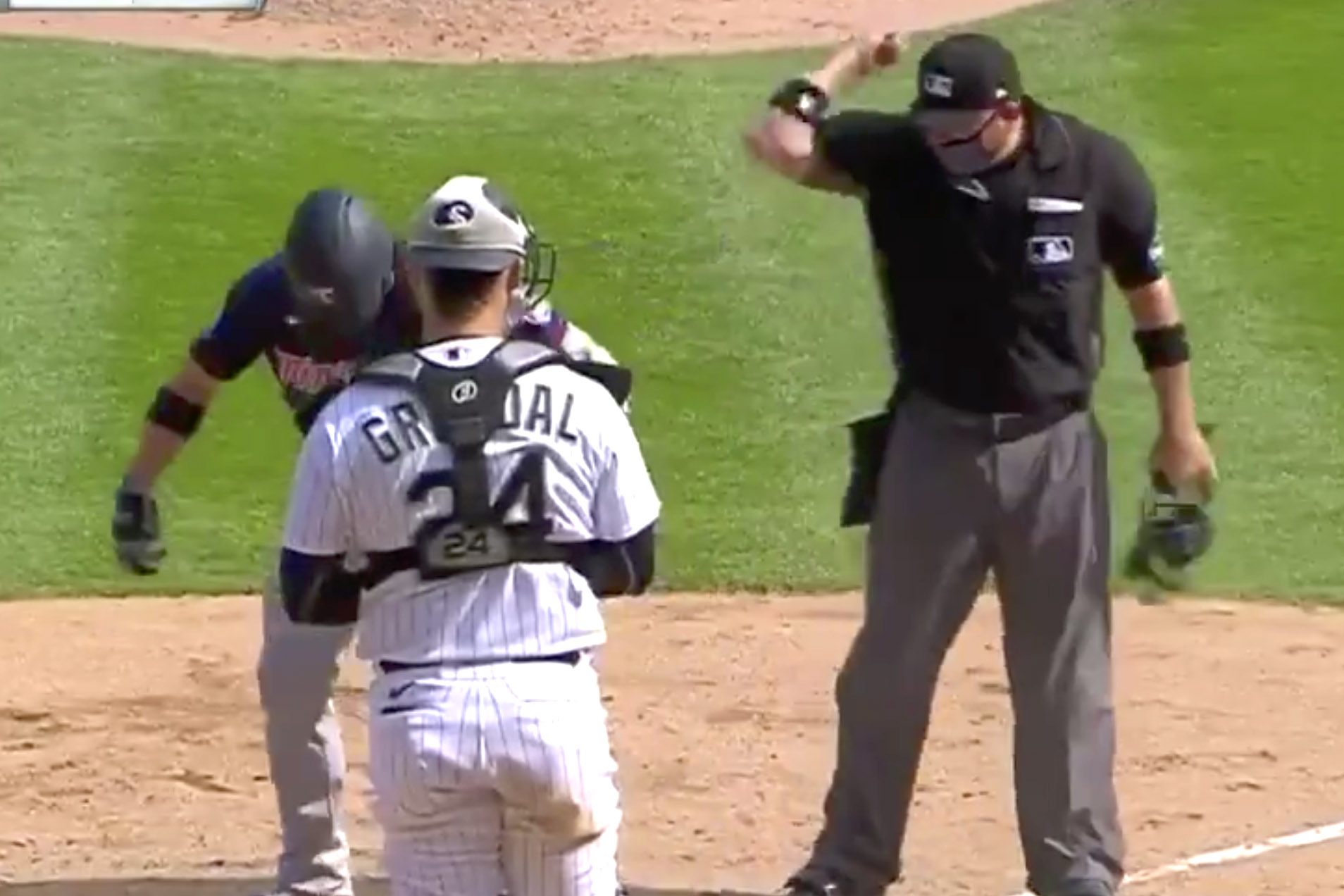 A home run did not make Josh Donaldson any less angry.

The Twins third baseman launched a sixth-inning solo home run to left field against the White Sox on Thursday afternoon to break a 2-2 tie. When Donaldson was finishing his trot, he kicked dirt over home plate and umpire Dan Bellino ejected him from the game.

Donaldson was annoyed after the 2-0 pitch, which he thought was outside, was called a strike. After Donaldson asked Bellino for an explanation, Twins manager Rocco Baldelli came out to ease the tension.

Donaldson took out some of his frustration on the next pitch from Reynaldo Lopez. He saved the rest for Bellino, leading to one of the strangest ejections you’ll see.