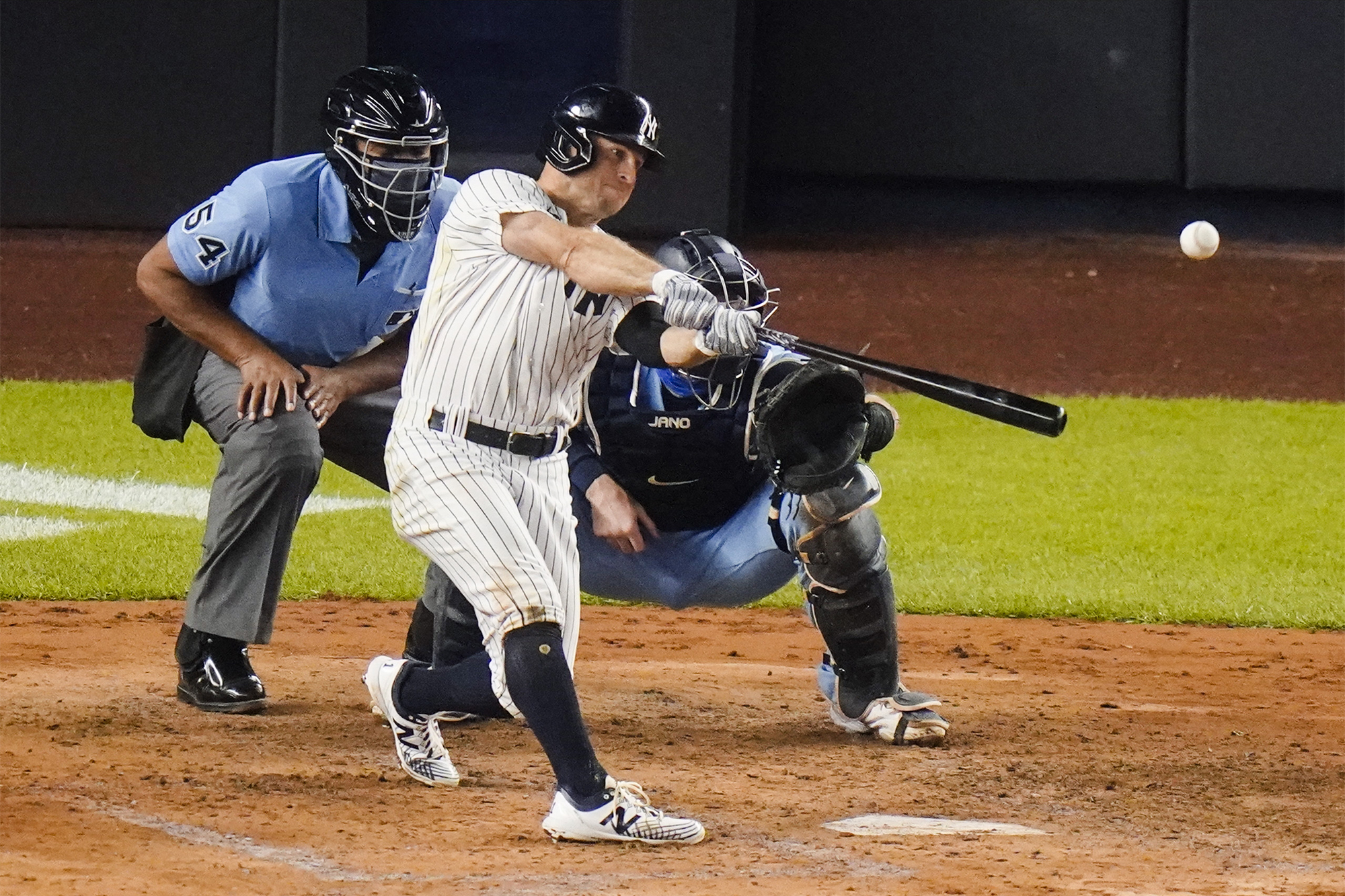 It’s looking like it will be eight straight wins for the Yankees.

The Bombers lived up to their name in a ridiculous fourth inning, hitting five home runs against the Blue Jays, including a stretch of three in a row.

The streak was started by Brett Gardner, DJ LeMahieu and Luke Voit, going back-to-back-to-back. After a strike out by Aaron Hicks, Giancarlo Stanton and Gleyber Torres went back-to-back.

The run also meant the Yankees set a new team record for the most home runs (18) in a three-game set, according to The Post’s Joel Sherman.

The Yankees entered Thursday’s matchup with Toronto as the winners of seven straight. They held a 9-3 lead through five innings.