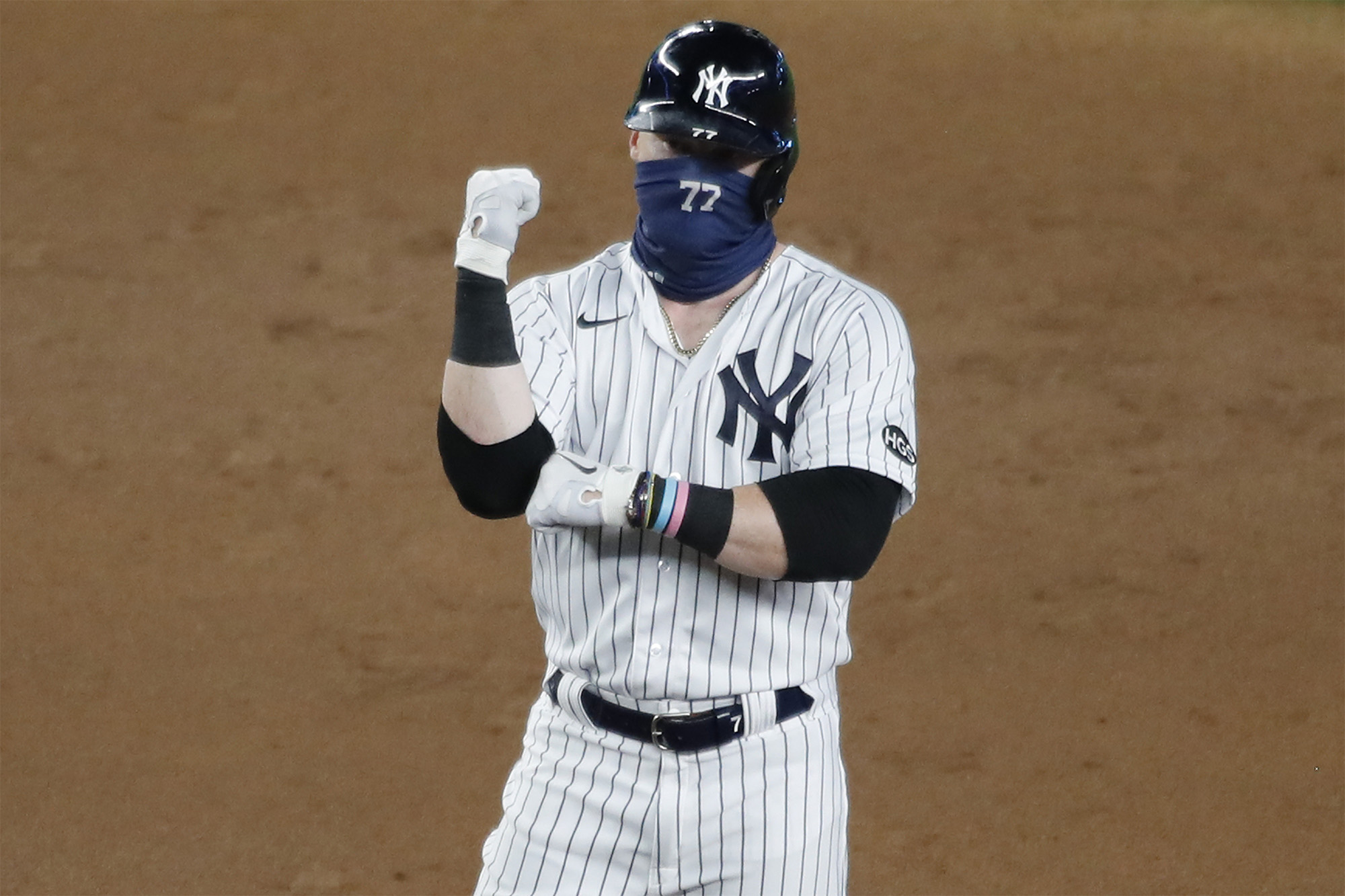 It wouldn’t be an MLB offseason without Yankees outfielder Clint Frazier being the subject of trade rumors.

Such was the case over the weekend, when erroneous reports indicated the Yankees had sent Frazier, along with third baseman Miguel Andujar, to the Reds for star pitcher Luis Castillo.

Both teams denied the reports.

The 26-year-old did, too, by tweeting the expletive-filled “I’m not leaving” scene from the 2013 film “Wolf of Wall Street,” in which Leonardo DiCaprio, playing disgraced stock broker Jordan Belfort, says he won’t be leaving his firm despite the FBI investigating the character.

Unlike in past offseasons, when his much-maligned defense and controversial comments led to trade speculation, Frazier may have reason to be confident about staying in The Bronx.

Originally acquired by the Yankees as a highly touted prospect five years ago, Frazier played a crucial role for the club during last season’s 60-game sprint, while improving his defense to the point of being named a Gold Glove finalist. With Giancarlo Stanton likely being moved to DH and veteran Brett Gardner still a free agent, Frazier potentially could start…