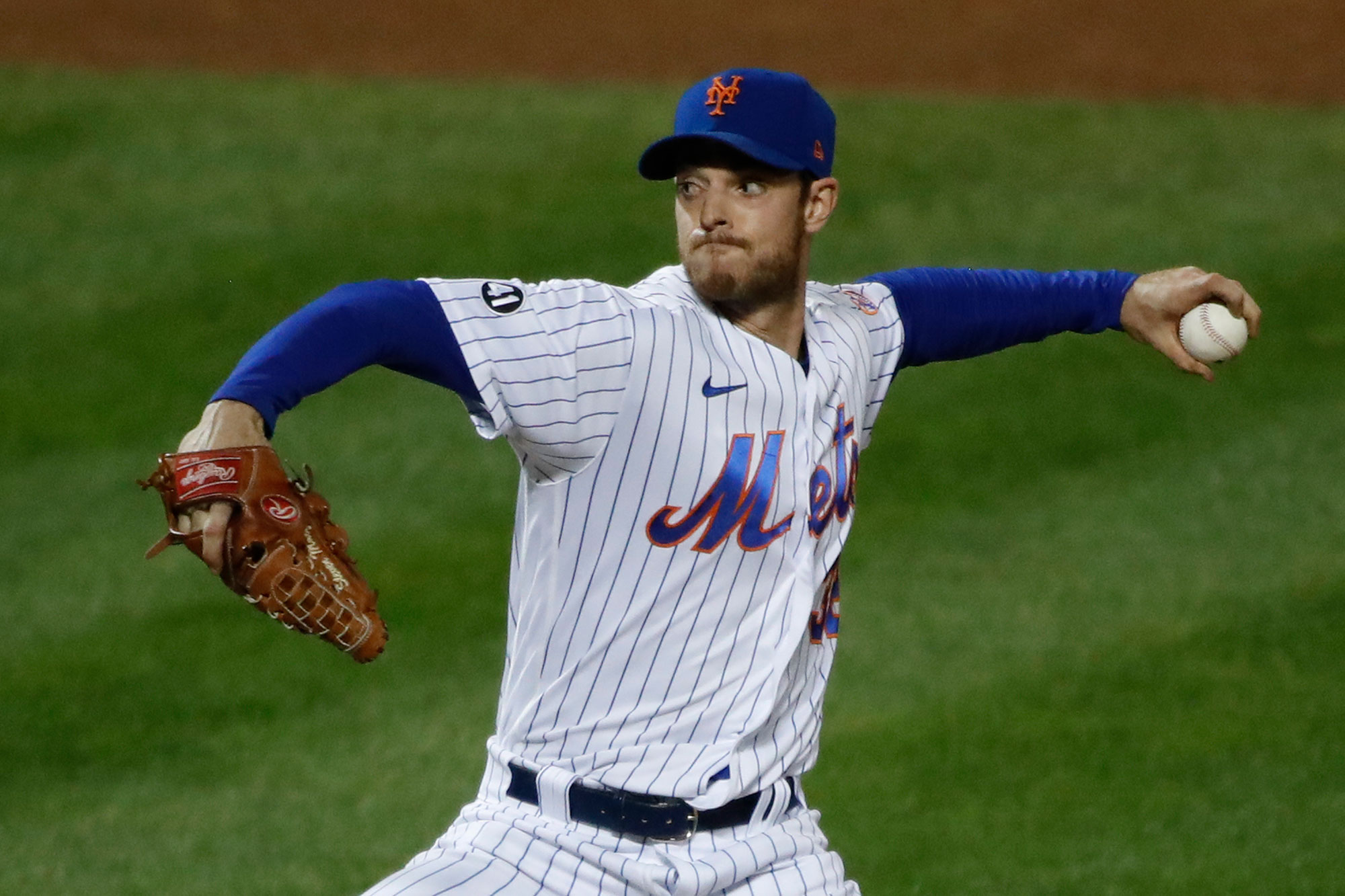 The Mets are moving on from Steven Matz.

The team sent the 29-year-old lefty to the Blue Jays on Wednesday night, receiving three yet-to-be-named prospects in return, The Post confirmed.

The Mets reached a one-year, $5.2 million deal with Matz in early December to avoid arbitration.

He struggled in the COVID-19 shortened 2020 season, going 0-5 with a 9.68 ERA in six starts and three relief appearances. He lost his spot in the starting rotation, eventually landing on the injured list with shoulder discomfort.

The Mets are getting right-handed pitchers Yennsy Diaz, Sean Reid-Foley and Josh Winckowski, who is the Blue Jays’ 27th-ranked prospect according to MLB.com

The Mets have strengthened a formidable rotation this offseason, adding Carlos Carrasco and Joey Lucchesi to a crew that includes Jacob deGrom, Marcus Stroman, David Peterson, and Noah Syndergaard, who is expected to return from Tommy John surgery a few months into the 2021 season. Robert Gsellman and Seth Lugo will also challenge for starts.

Still looming over the Mets is free agent pitcher Trevor Bauer. The team made an offer to the 2020 Cy Young winner this offseason, though he…