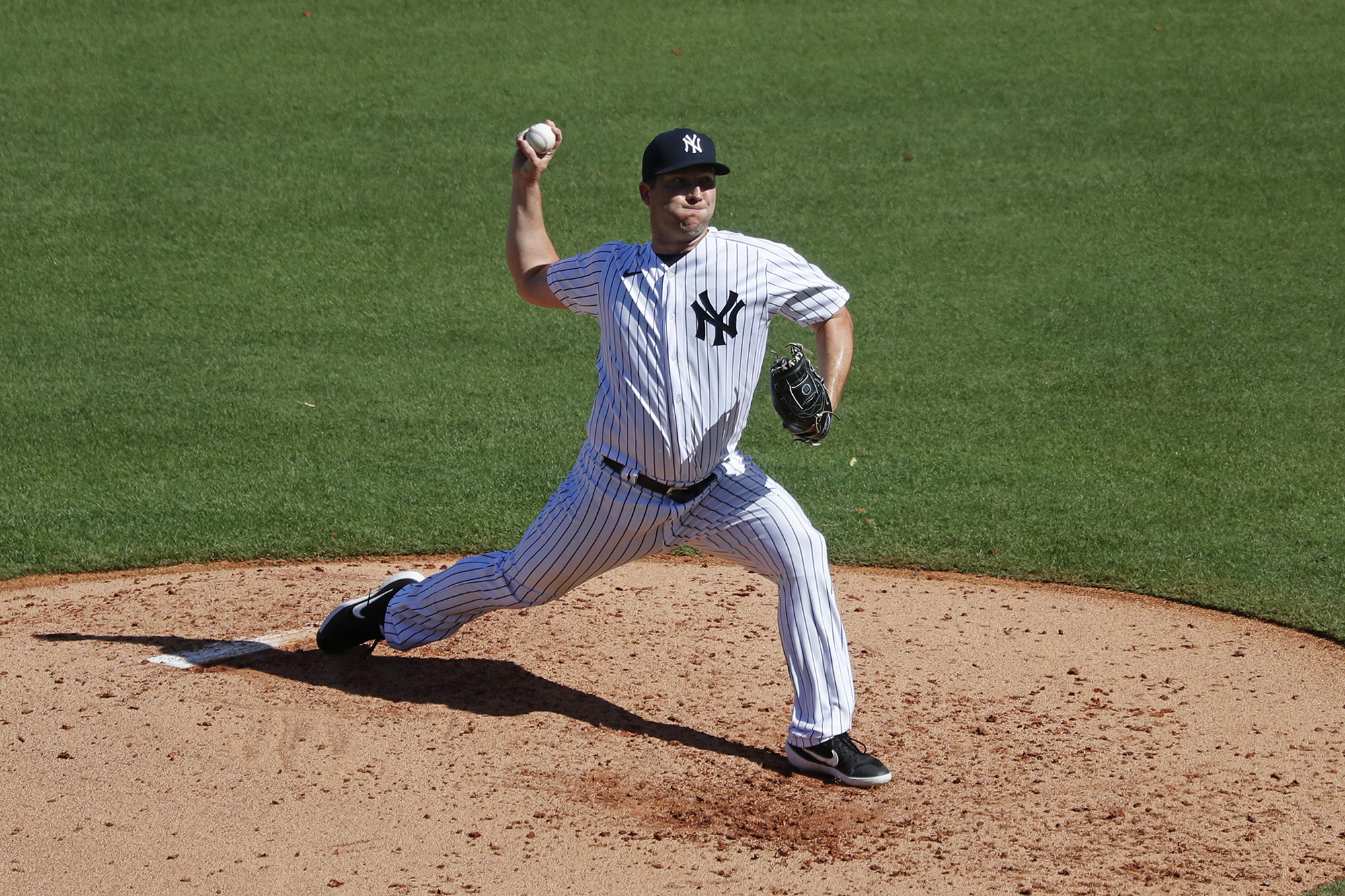 Adam Warren pitched for the first time since 2019 Tommy John surgery, wearing No. 48 instead of the 43 he wore in his earlier stints with the Yankees. He struck out two in a scoreless inning as he tries to win a spot in the bullpen.

Michael King got the start and struggled with his command. He walked two batters and hit two others in a two-inning outing in which he allowed three runs.

With one out in the top of the first, King got to a full count on Bo Bichette. It took some time for the fans to realize King was on the verge of a strikeout and they slowly started clapping for the strikeout — one of the traditions missing from the fan-less 2020 season.

The Yankees host the Tigers at Steinbrenner Field at 1:05 p.m. Gerrit Cole and Jameson Taillon will get their first action of the spring, with former Astros manager AJ Hinch in the opposing dugout.