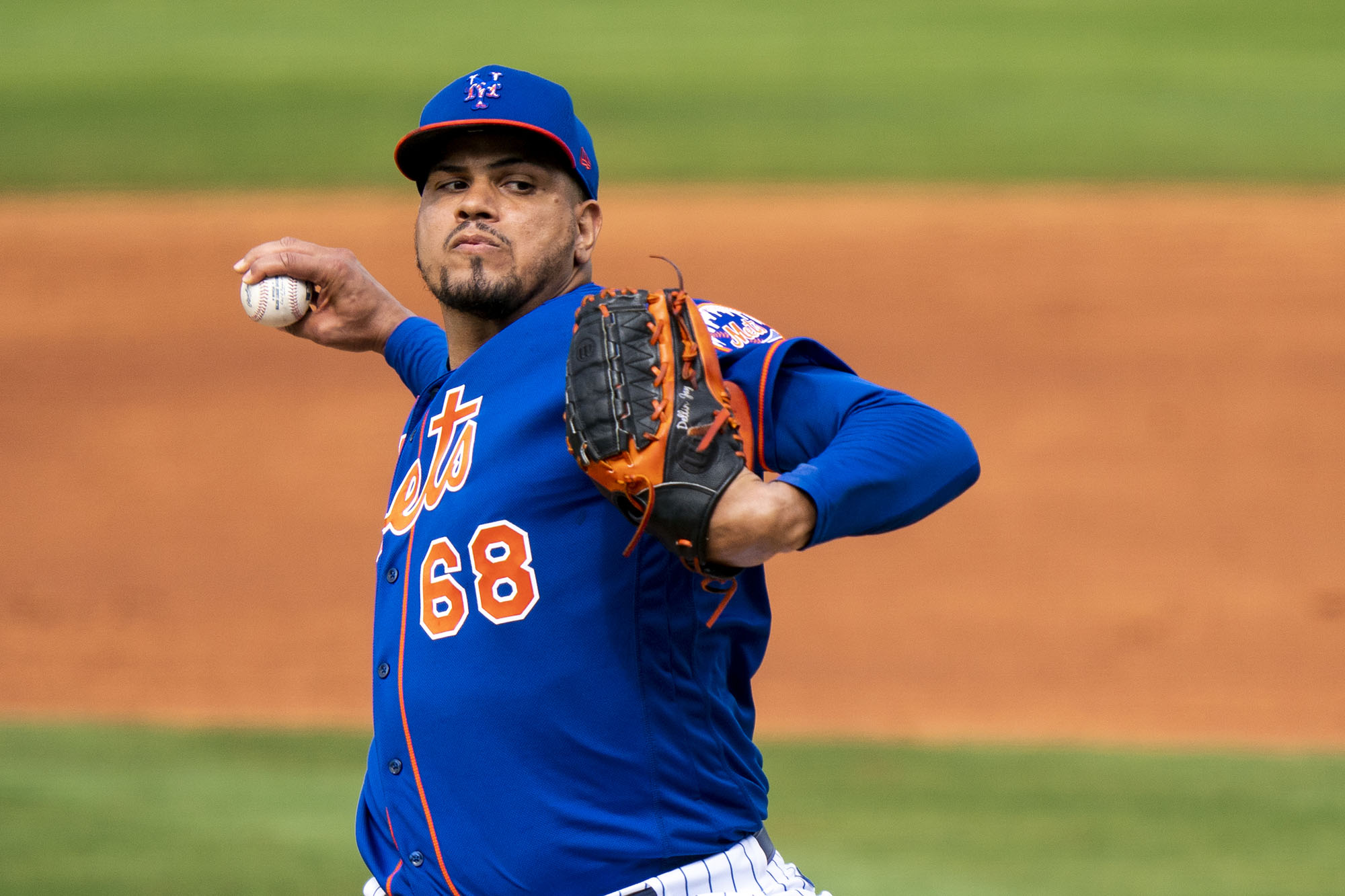 Dellin Betances wasn’t helped by an inning that got extended on a misplay in left field, but he still was far from spectacular in allowing four earned runs on two hits and two walks in the Mets’ 8-4 victory over the Nationals.

Betances topped out at 94 mph on the radar gun, according to manager Luis Rojas, who said he liked what he saw.

“I was more focused on arm angle, and everything was where we want it as far as release point and arm angle,” Rojas said.

After Betances reached 23 pitches, the inning was called.

“Too bad we had to roll it before getting the third out, but I thought it was a good outing,” Rojas said.

Familia, entering the final year of his contract, was asked if he’s under pressure this spring to show something. After a dismal 2019 season, he was better last year, but still far from trustworthy with a 3.71 ERA and 1.463 WHIP in 25…