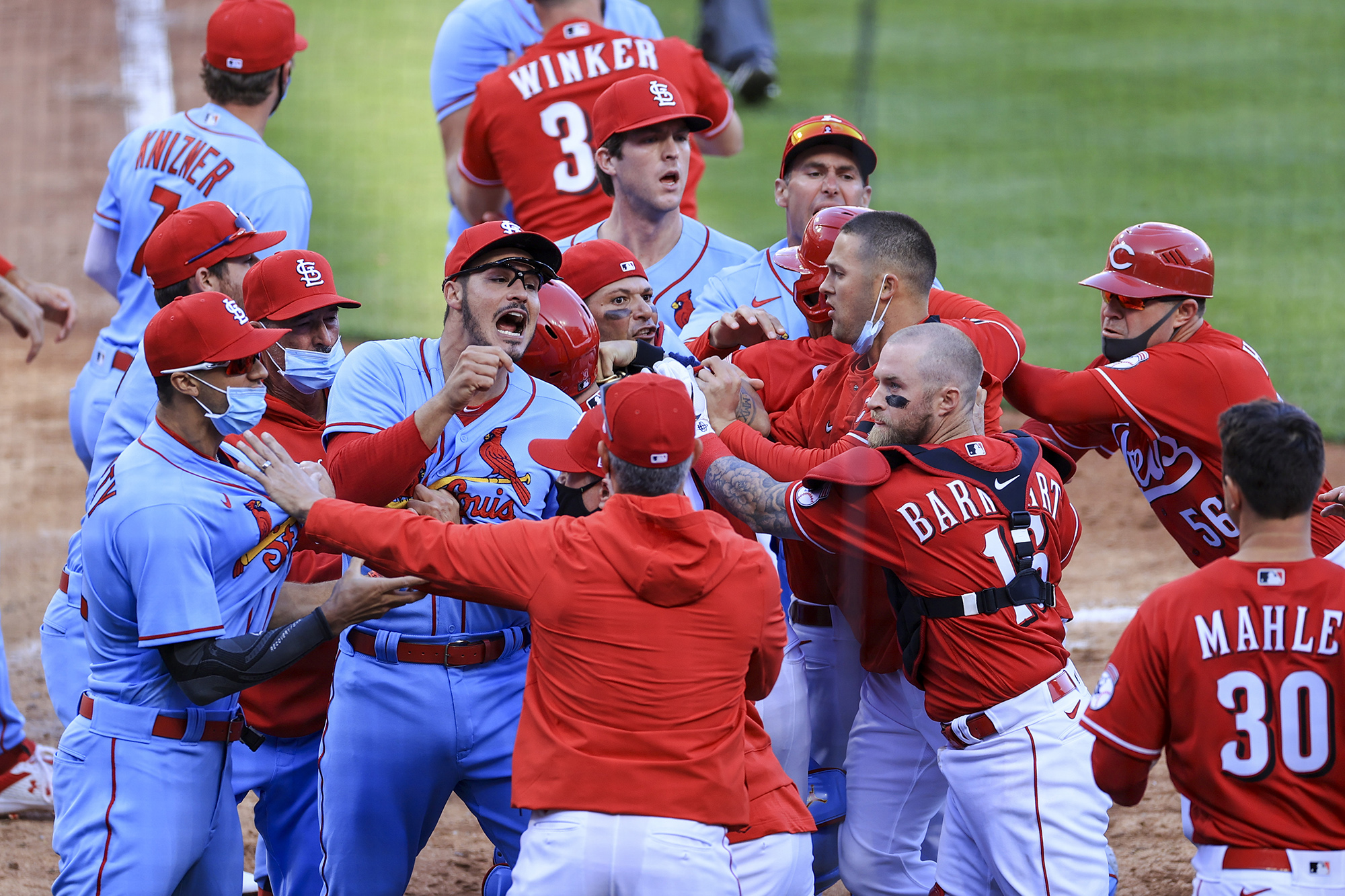 The Reds and Cardinals didn’t throw any punches, but risk being hit hard by MLB after their benches cleared during the fourth inning of their game Saturday in Cincinnati.

The incident occurred after Reds outfielder Nick Castellanos scored on a wild pitch by avoiding a tag from Cardinals pitcher Jake Woodford. After being called safe, Castellanos jawed at Woodford because he had been hit by a pitch in the shoulder from the righty earlier in the frame.

It led to both benches and bullpens clearing and a good number of the players on the NL Central rivals getting in each other’s faces and pushing each other with the Reds leading 7-2. The situation appears to be a direct violation of MLB’s COVID-19 protocols for this season in regard to fights.

“Fighting and instigating fights are strictly prohibited.” the protocols read. “Players must not make physical contact with others for any reason unless it occurs in normal and permissible game action. Violations of these rules will result in severe discipline.”

Castellanos was the only player ejected. It’s unclear if MLB will take further action, but it certainly will test how the league plans to…