MARCH 31: The stalemate is over. The Mets have reportedly come to terms on a ten-year, $341MM contract extension with star shortstop Francisco Lindor, covering the 2022-31 seasons. Lindor will be paid a $21MM singing bonus, followed by flat $32MM salaries in each year of the deal. The contract calls for $5MM of the annual salaries to be deferred, paid annually from 2032-41, for a total of $50MM in deferrals. The deal also contains a 15-team no-trade clause without any opt-out provisions. Lindor is represented by SportsMeter.

The extension is a monumental development, both for the Mets and for the sport as a whole. New York acquired the 27-year-old Lindor, one of the sport’s brightest stars, in an offseason trade with the Indians. Now they’ll ensure he spends the bulk of his career in Queens. 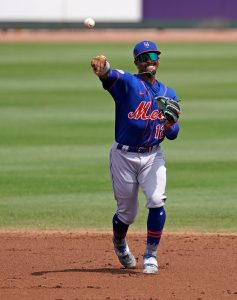 Lindor was the eighth overall draft pick by Cleveland…