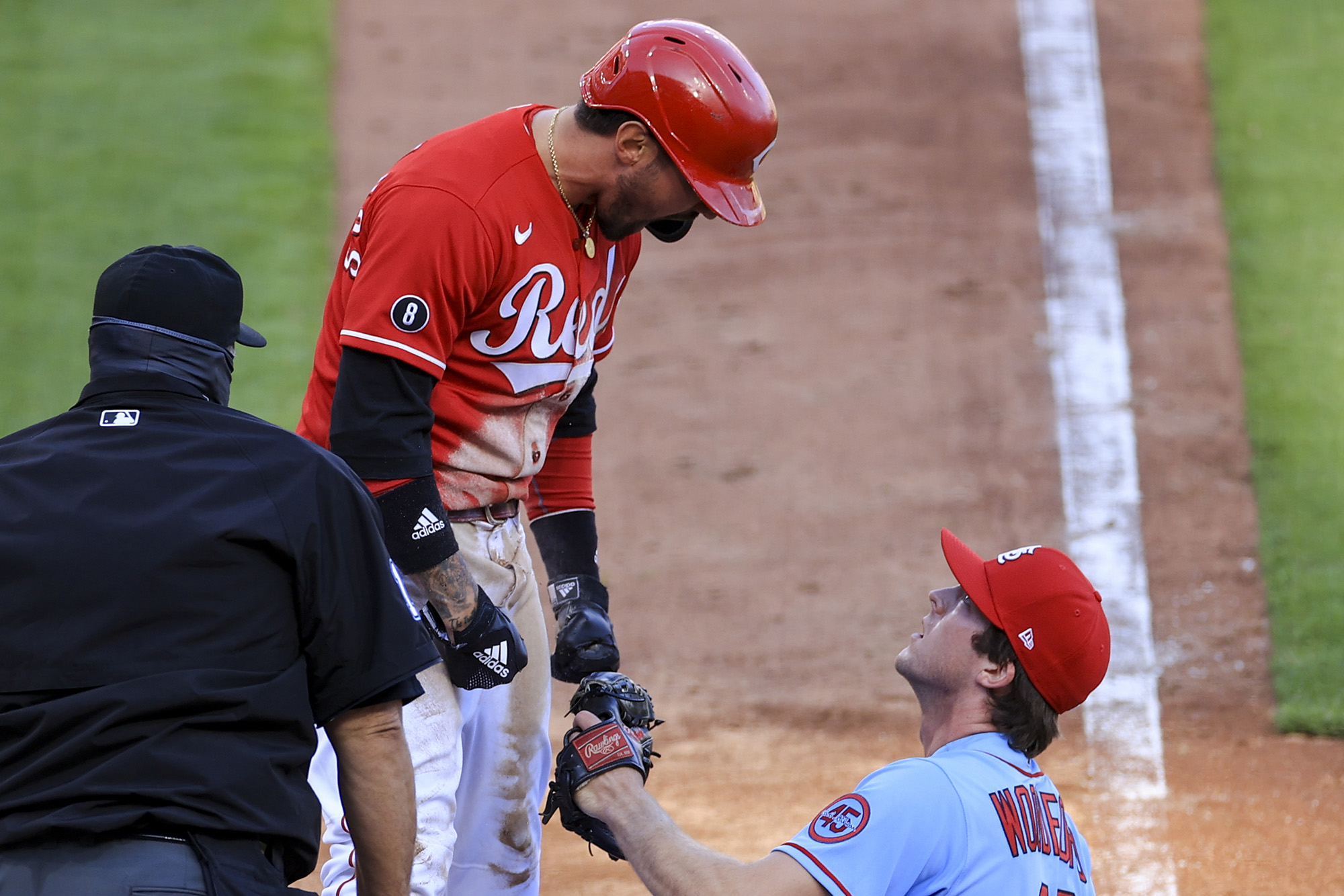 Reds outfielder Nick Castellanos received a two-game suspension and an unspecified fine for screaming at Cardinals pitcher Jake Woodford at home plate and inciting a scuffle during Saturday’s game.

Michael Hill, MLB’s senior vice president for on-field operations, made the announcement on Monday — marking his first disciplinary ruling since taking over the position.

Castellanos, who’s appealing the suspension, was cited for his “aggressive actions” toward Woodford and for “instigating a benches-clearing incident” during the fourth inning. According to MLB’s rules, “Fighting and instigating fights are strictly prohibited. Players must not make physical contact with others for any reason unless it occurs in normal and permissible game action. Violations of these rules will result in severe discipline.”

The incident ensued after a wild pitch sent Castellanos sprinting home from third and he scored on a headfirst slide that put the Reds up 7-2 over St. Louis. Castellanos collided with Woodford, and as he got up, appeared to look down at Woodford and yell while flexing. Cardinals catcher Yadier Molina, who made the throw to…