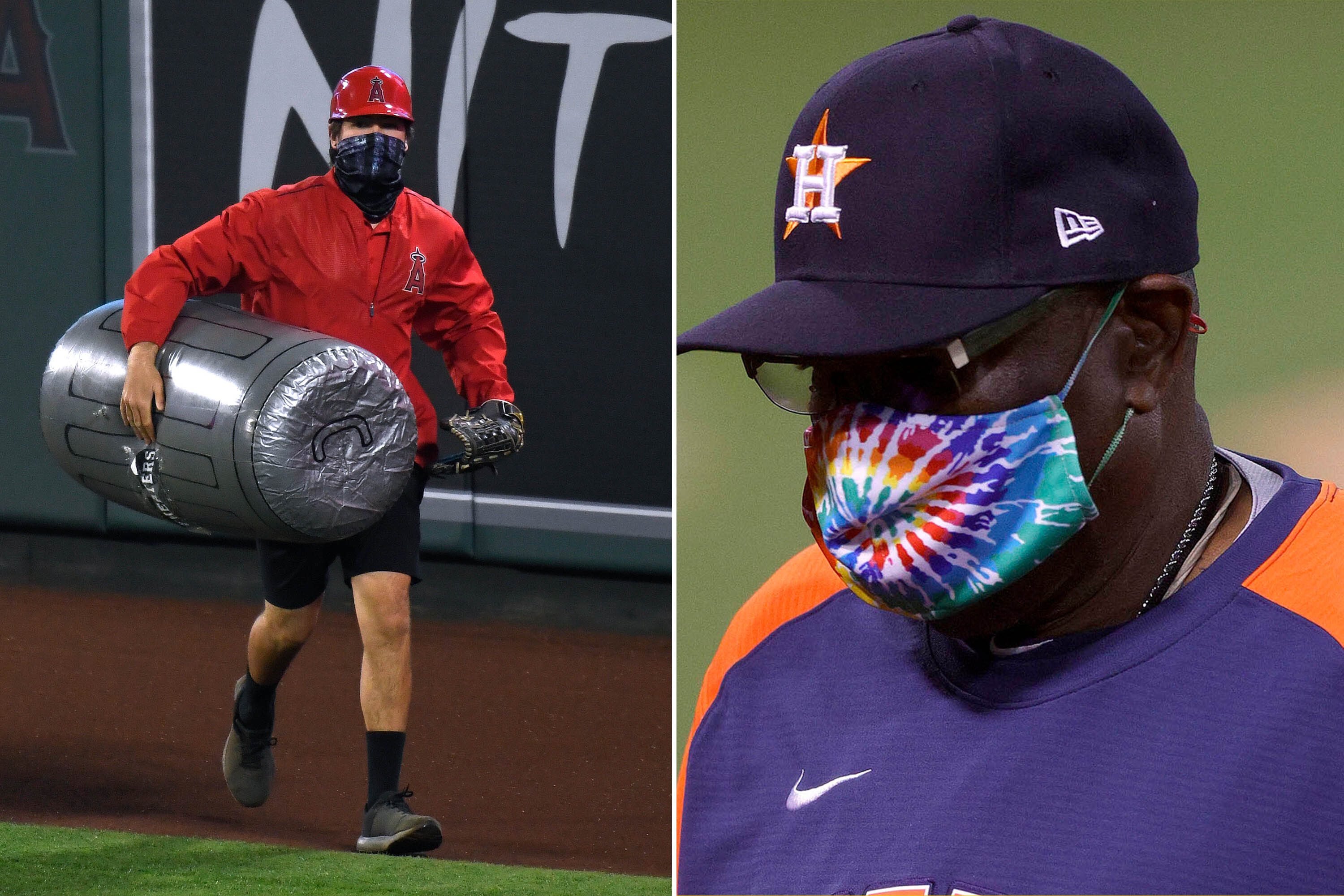 The Astros are playing in front of fans this season for the first time since their sign-stealing scandal came to light, and as everyone expected, they’ve been showered with boos by rival fans at every turn.

On Monday night, Angels fans took the showering to a new level. At the end of the sixth inning, fans heaved an inflatable garbage can over the right field wall, a glaring jab at the team, who infamously banged on trash cans to signal the pitches that were coming. When Altuve was at bat not long after, areal trash can was hurled over the same wall, and bottles spilled out of it.

After the game, a 7-6 loss, manager Dusty Baker was upset with the antics.

“I think that sometimes we need to look at ourselves before you spew hate on somebody else. It’s a sad situation for America, to…