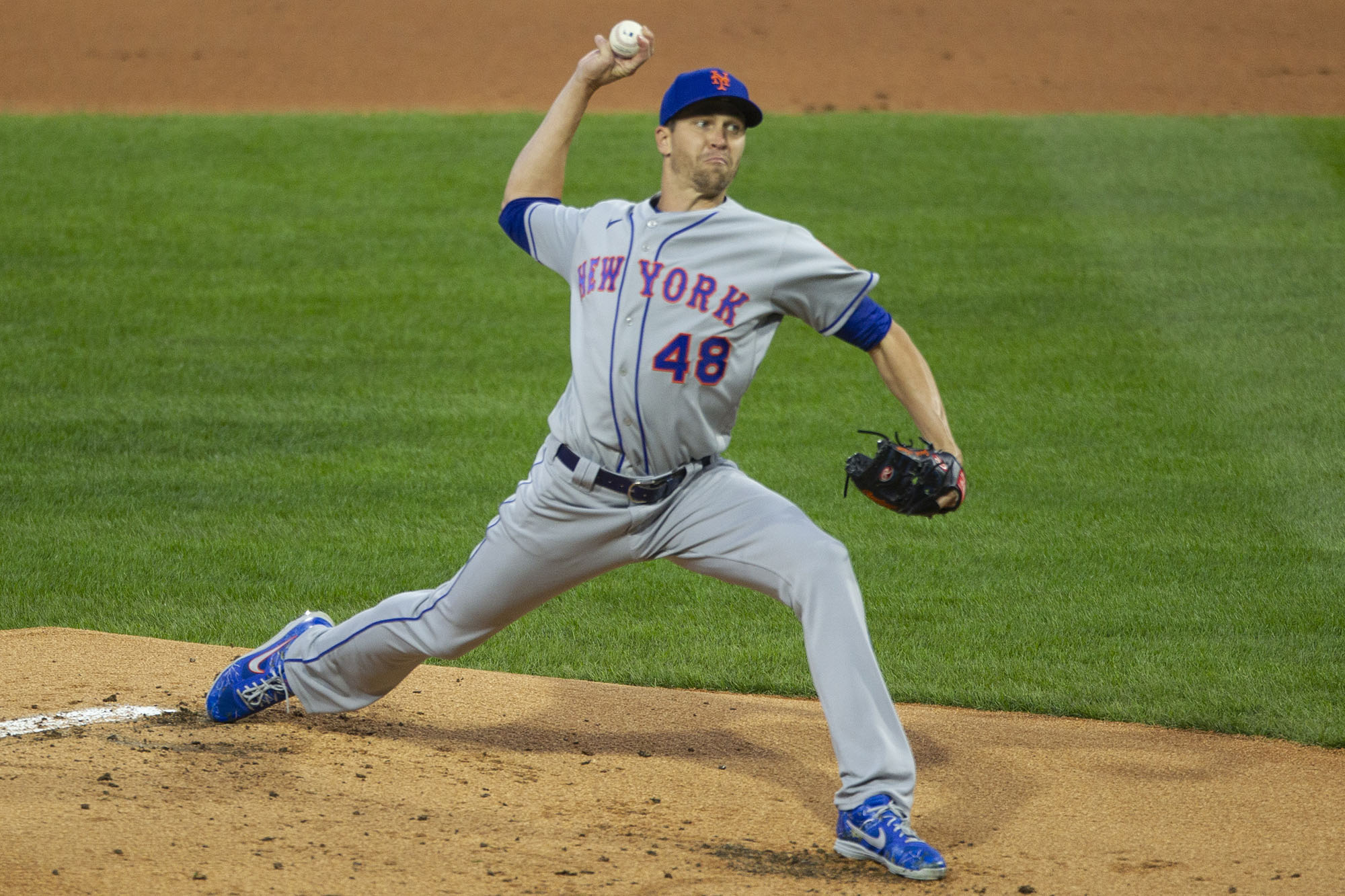 Jacob deGrom was finished after six shutout innings and 77 pitches against the Phillies.

“If that was [last] Thursday and I’m on normal rest I don’t think there is any chance I’m coming out of that game,” deGrom said after a bullpen implosion buried the Mets in their season opener, a 5-3 loss at Citizens Bank Park.

Rojas cited the fact deGrom hadn’t faced batters in 10 days as the reason for the early hook. Miguel Castro pitched a scoreless seventh before Trevor May and Aaron Loup combined to allow five runs in the eighth.

DeGrom was originally scheduled to pitch Thursday in Washington. The entire three-game series was postponed after several Nationals players tested positive for COVID-19.

“We discussed it before what was the right thing to do,” deGrom said. “Long season and talking to them coming in, it felt like [six innings] was the right decision.”

DeGrom also went 2-for-3 at the plate, driving in the Mets’ second run with a single.