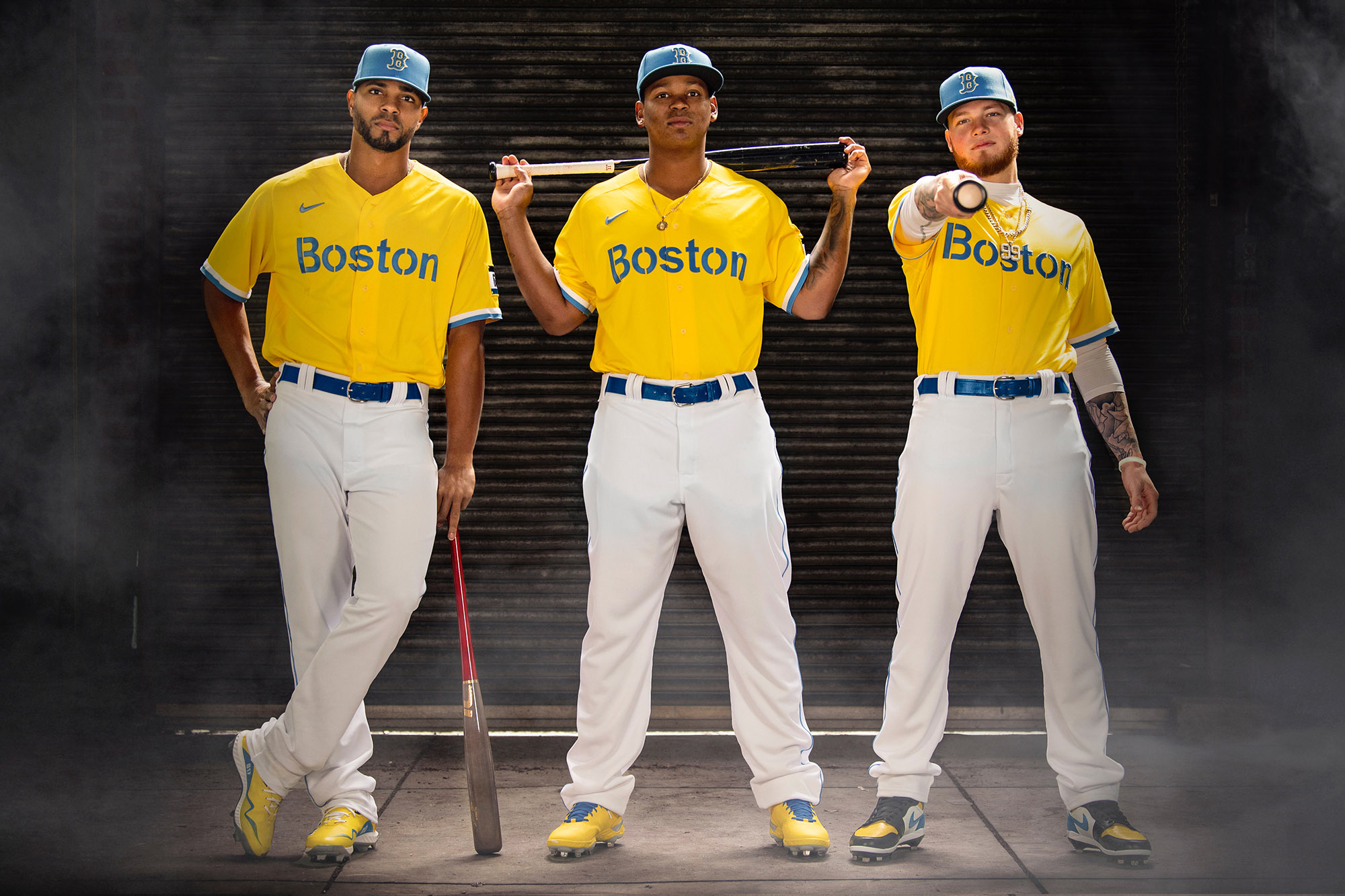 The Red Sox unveiled a new alternate color-scheme and jersey on Tuesday to be worn on Patriots Day weekend games in honor of the official colors of the Boston Marathon.

Of course, the Fashion Police mocked the new colors on social media, with some likening them to the UCLA Bruins’ uniforms.

The new uniforms will include yellow jerseys with Boston written across the chest and a powder blue caps featuring the Red Sox’s traditional “B” insignia. They also will include an arm patch with the “617” area code for Fenway Park within a marathon racing bib.

The uniforms – part of a themed “City Connect” series created by Nike — will be worn in games against the Chicago White Sox on April 17-18, with the Red Sox wearing “B-Strong” uniforms for Patriots Day on April 19, as they’ve done since the Boston Marathon terrorist bombing in 2013.

Two homemade bombs were detonated near the finish line of the marathon on April 15 of that year, killing three people and injuring hundreds of others. Less than a week later, Red Sox slugger David Ortiz gave an emotional speech at Fenway, exclaiming…