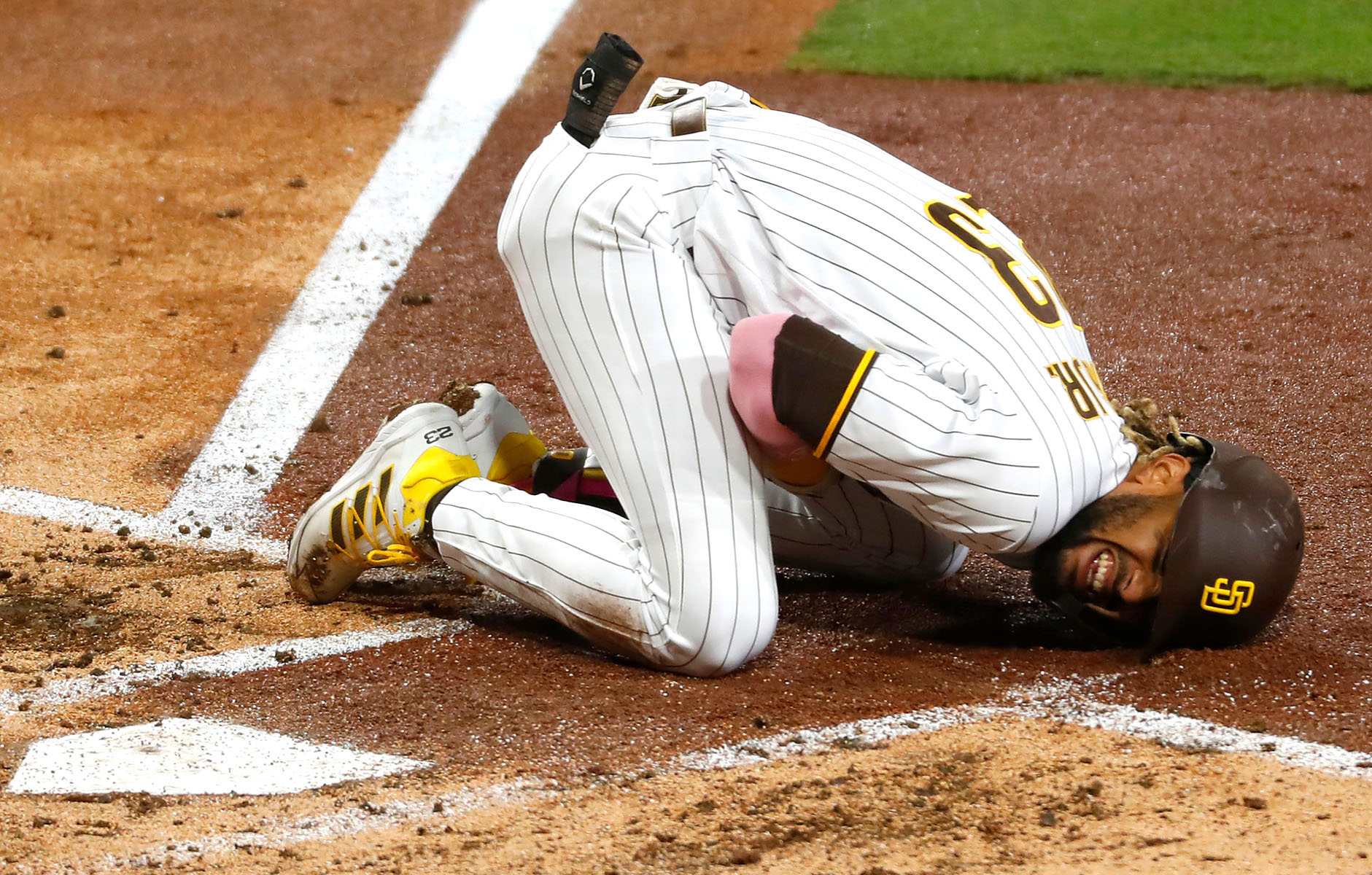 Tatis struck out against Anthony DeSclafani and winced in pain as he fell to the ground. He cradled his left arm while he got up, and manager Jayce Tingler and a trainer held his left arm against his body as he walked off the field.

Tatis has struggled this season, committing five errors and hitting just .167, although he hit a 465-foot home run in Sunday’s loss to Arizona.