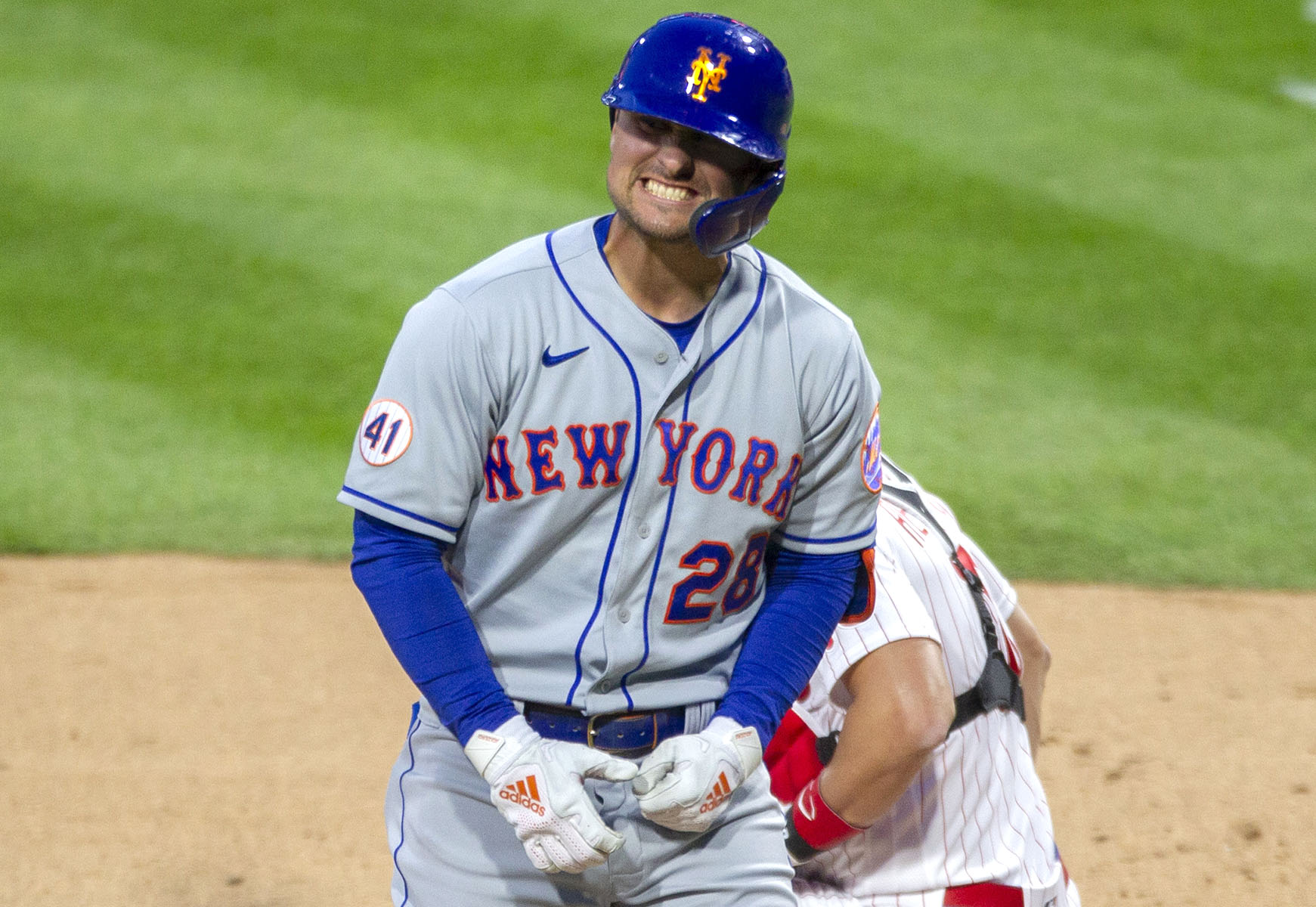 PHILADELPHIA — J.D. Davis, who injured his left hand Tuesday, will receive a second round of X-rays on Wednesday, after initial tests were negative.

The Mets third baseman departed in the second inning after he was drilled in the hand by Chase Anderson. Though X-rays of Davis’ hand were negative, the Mets want to ensure nothing was missed.

Luis Guillorme played the remainder of the game at third base. Guillorme walked in three plate appearances.

Jeff McNeil hit just .108 in spring training, but the Mets second baseman could take comfort in other measurements.

“I hit the ball extremely hard in spring, I think it was the highest exit velocity I had in any spring training,” McNeil said before the Mets’ 8-4 win over the Phillies on Tuesday night at Citizens Bank Park. “I’m not worried about anything and those hits will start to drop.”

Even so, McNeil was dropped to seventh in the batting order, after hitting sixth Monday night. The latest alignment allowed the Mets to separate Davis and James McCann, both of whom bat right-handed, in the lineup.

Read “Mets’ J.D. Davis to get second round of X-rays” at New York Post