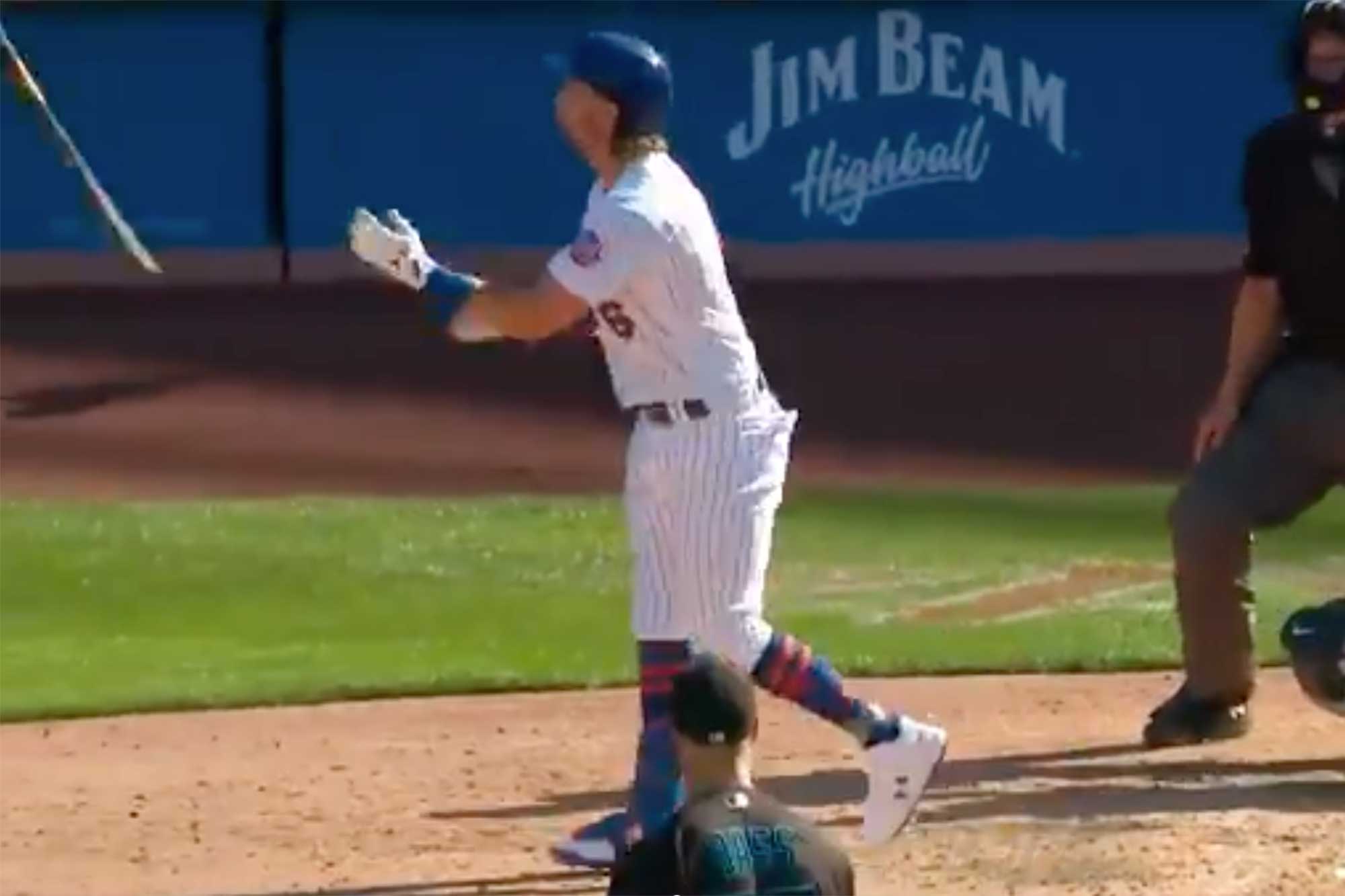 Jeff McNeil knew it was gone.

The Mets’ second baseman launched a solo homer in the bottom of the ninth inning that tied the score 2-2 against the Marlins on Thursday, and the 29-year-old celebrated with an epic bat flip.

Not only did it keep the Amazins from their third loss in four games to start the season — they’re .500 after walking off on Michael Conforto’s bases-loaded hit-by-pitch that scores Luis Guillorme — but it was the perfect way for McNeil to break out of an early season slump.

The dinger marked McNeil’s first hit of the season, ending a 0-for-10 start to the season.