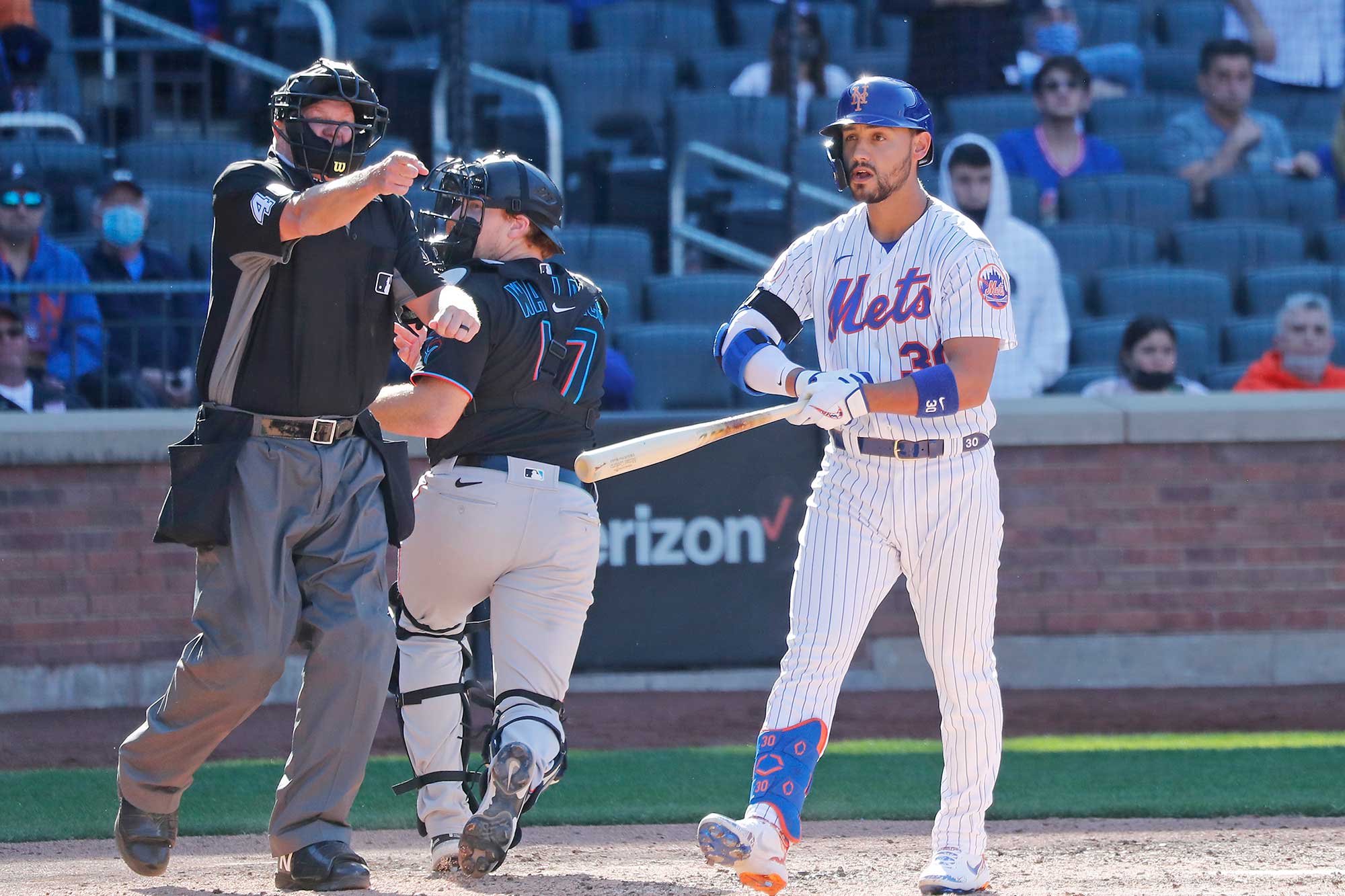 Umpire Ron Kulpa admitted he erred in awarding first base to Michael Conforto on a hit-by-pitch in the bottom of the ninth inning against the Marlins on Thursday — one that allowed the Mets a controversial 3-2 walk-off win.

“The guy was hit by a pitch in the strike zone,” Kulpa, who was behind the plate, told a pool reporter. “I should have called him out.”

He didn’t get much of an argument from Conforto.

“There may have been a little lift in my elbow, just out of habit, out of reaction, and it just barely skimmed the edge of my elbow guard,” the Mets outfielder said of the Anthony Bass slider that inadvertently won the game. “I tend to lean over the plate when I get into battle mode.”

Marlins manager Don Mattingly argued the call but was told the play was not reviewable.