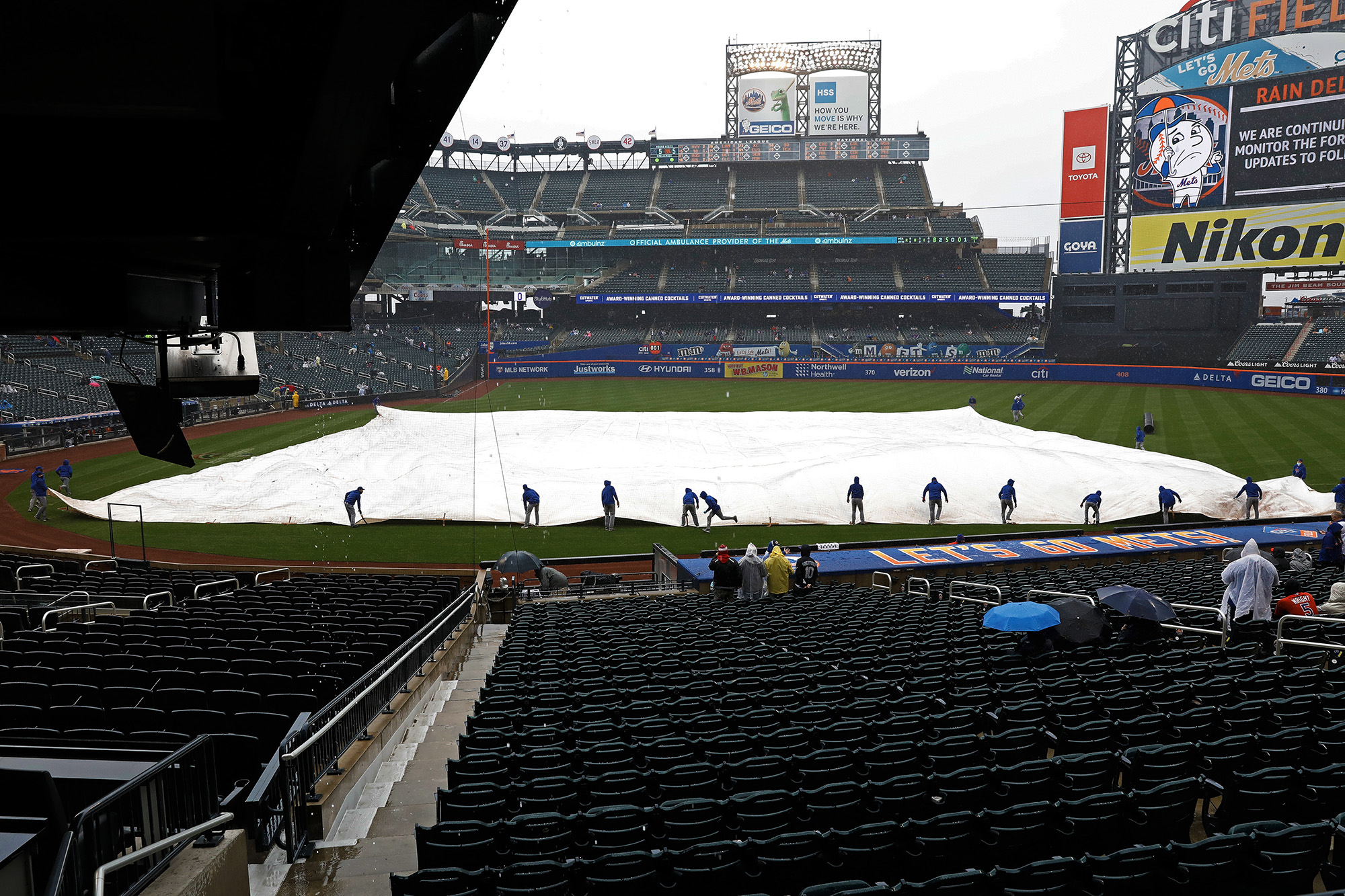 The Mets have been washed out again.

A day after they played for seven minutes, only to have their game suspended by rain, the nasty weather stuck once more around Citi Field and postponed Monday’s Mets game against the Phillies.

The game will be made up as part of a single-admission doubleheader on Tuesday, beginning at 4:10 p.m. Both games will be seven innings.

The postponement is just the latest disruption for the Mets in the early going. Their season-opening series was postponed by the Nationals’ COVID-19 issues and Sunday’s series finale against the Marlins didn’t get out of the top of the first inning