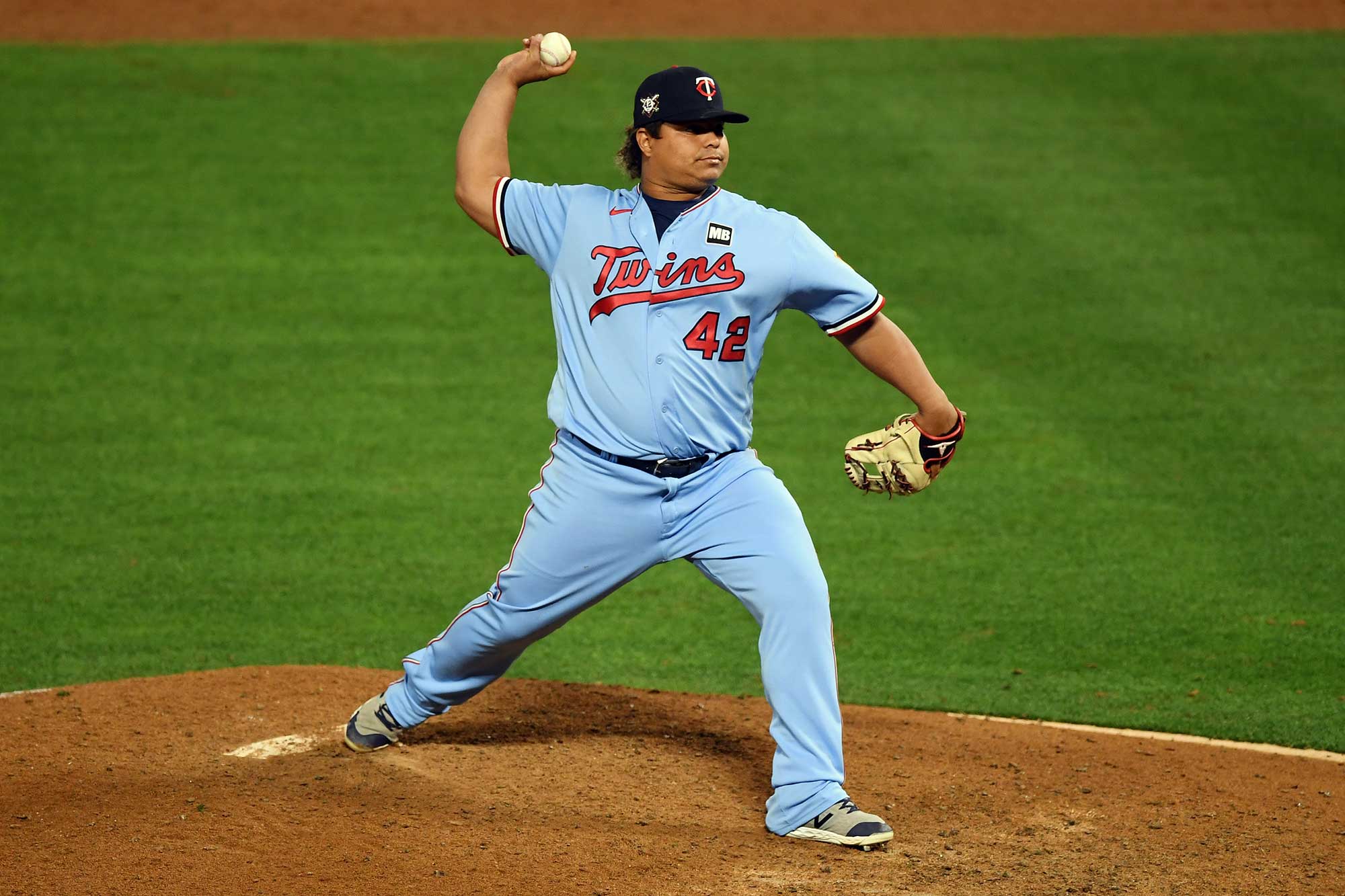 On Friday night, the Twins utility fielder — he’s spent time at catcher, first, second and third base this season — took the mound for the Minnesota Twins in their 10-3 loss to the Angels.

The 29-year-old Venezuelan did not disappoint, sending Kurt Suzuki (lineout), Luis Rengifo (groundout), and David Fletcher (lineout) down in order on seven pitches in the bottom of the eighth.

While his efficicency was a marvel, it was secondary to his speed — or a lack thereof.

The entire dugout was watching the radar gun during his brief relief appearance.

“I mean, there’s no way not to, right?” Twins manager Rocco Baldelli said. “It’s all part of it. But nice, clean inning, and no sweat for him. I don’t think he broke a sweat.

I’m not surprised that he can throw [46] mph strikes and zip them in there when he wants a 75 mph fastball. He does it all.”